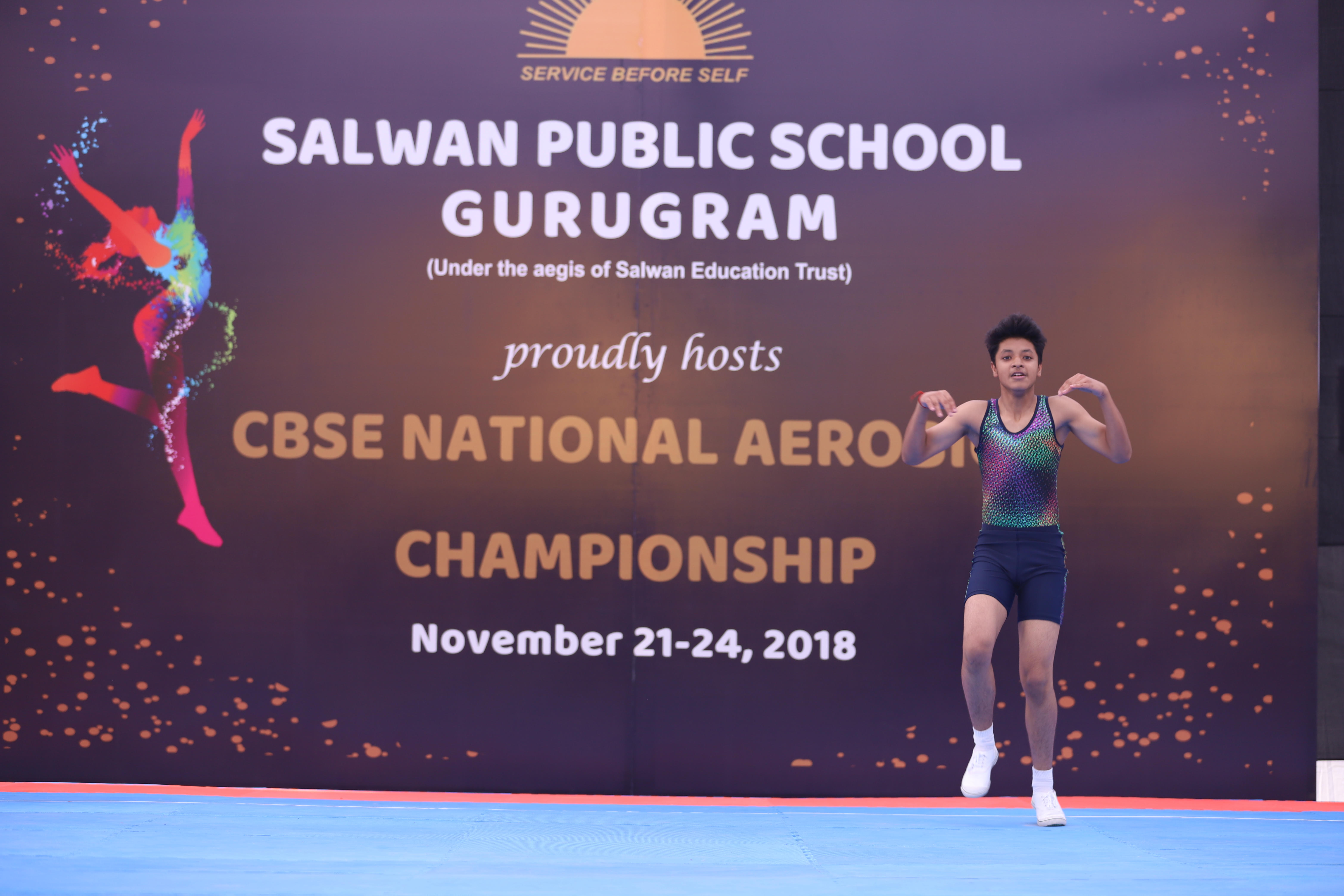 CBSE National Aerobics Championship is being organized at Salwan Public School,Gurugram. The four –day championship commenced with a momentous opening ceremony on November 21, 2018 as we understand that any event of this significance would not be complete without a distinctively marked opening ceremony to kick thing off. The ceremony was organized with great zeal and enthusiasm. Surrounded by hundreds of budding sports enthusiasts who are the future of the sports community and the coaches who guide them along their way, the atmosphere was filled with vigour, vitality and zeal to excel.
A warm welcome was extended to the Guest of Honour, dignitaries, participants and teachers. Principal, Ms. Rashmi Malik, addressed the gathering. Following that, Mr. Abhishek, the Guest of Honour, declared the CBSE National Aerobics Championship open along with release of balloons.The school flag was hoisted with the choir rendering a melodious song ‘ Khel Khelna Khiladi’, capturing the spirit of sportsmanship , at the background.
The ceremony also witnessed CBSE Flag hoisting, March Past by all the athletes of the CBSE National Aerobics Championship, 2018. A wide array of events including Invocation through Yoga, Demo of Aerobics, Colours of Happiness Drill, Kaleidoscope-a combination of Dance and Drills mesmerized everyone and the school campus reverberated with enthusiastic cheers from the spectators. Following this gamut of events, the sports arena which is going to be the centre of action in the coming days was inaugurated. The stage has been set for what promises to be four days of spirited, engaging, competitive and enriching learning experience for all of us here.