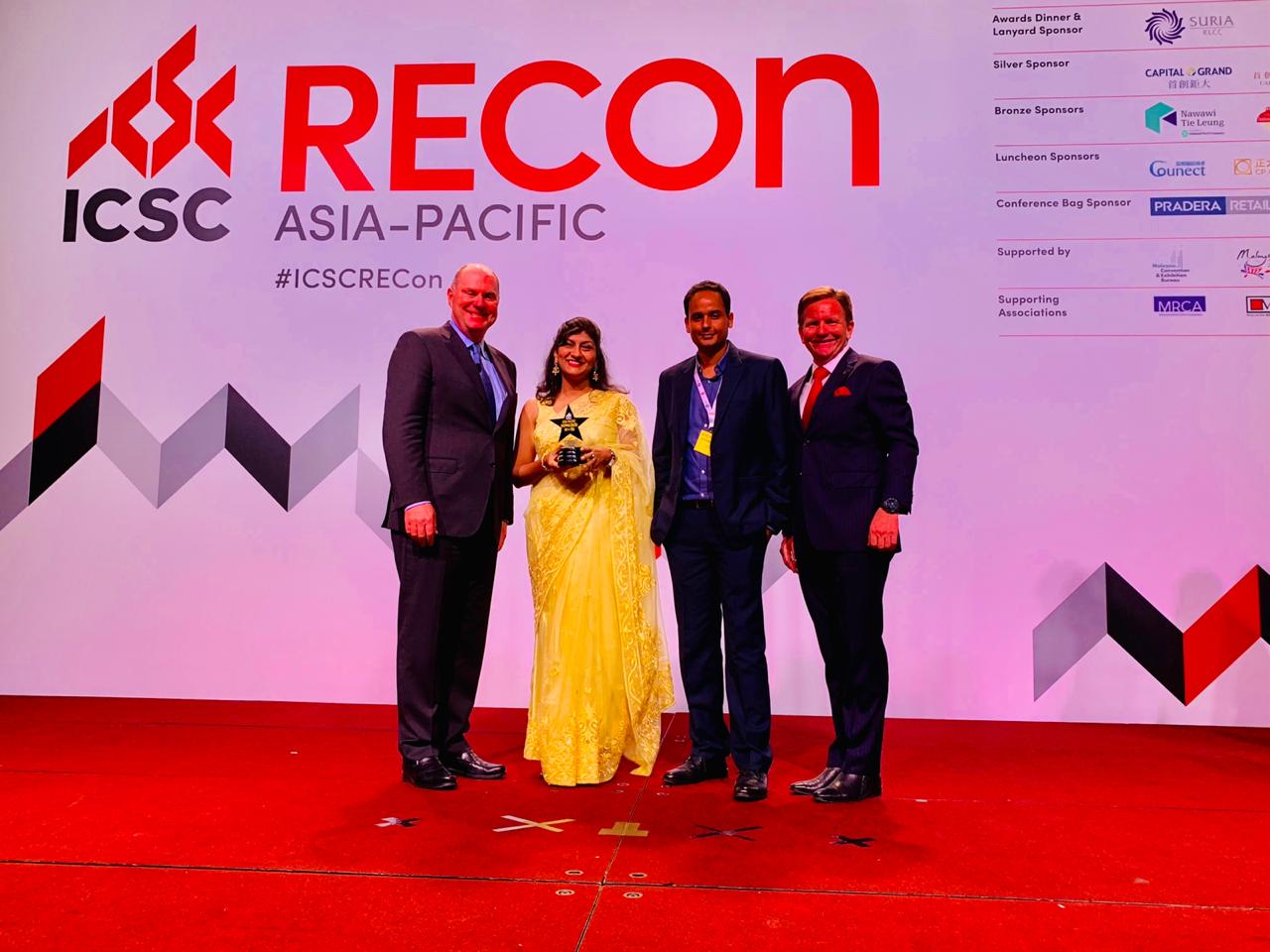 • ICSC Asia Pacific Shopping Centre awards considered the Oscars of the Retail and shopping centre world
• Viviana the only Indian Mall to bag the prestigious award now 6 times in a row
• Global recognition for #stopacidsale campaign highlights the menace and creates awareness against this abhorrent crime prevalent in India.
Mumbai, 29th October 2018: Viviana Mall, one of Mumbai’s largest and most recognised and an awarded mall has bagged its 6th consecutive Shopping Oscar at the ICSC Asia Pacific Shopping centre awards 2018. The Gold award considered on par with the Oscars for the retail world was presented at RECon Asia in Kuala Lumpur. Viviana Mall was recognised for its innovative and socially relevant campaign against the sale of Acid aimed at prevention of an ever prevalent social malaise of scarring caused by Acid Attacks.
The campaign titled #stopacidsale saw widespread participation and recognition across the country and was well received by society and media alike. Extensions of the program saw acid attack victims share their stories at specially created forums, walking the ramp at a leading Fashion Week and with support from Viviana Mall who have committed to finding gainful employment to some of the victims in need.
Only in its 5th year of operations Viviana Mall has won 6 ICSC awards amongst others firmly establishing itself as one of the leading innovators in the retail and mall industry in India while putting Indian retail on the global map. The mall competed against the best of the shopping centres from Malaysia, China, Singapore, Australia, Hong Kong, etc.
Viviana welcomed Women Acid Attack survivors across India during International Women’s Day in March 2018, to promote awareness about the acid attack and to enforce a ban on the sale of acid. Laxmi Agarwal, the Indian advocate for Stop Acid Attacks and a TV host, who is also a survivor of an acid attack, was the guest of honour for the event at the mall. Acid attack survivors from across the country walked the ramp spelling aura of confidence and style, additionally; their fighting spirit was inspiring to everyone at the ExtraordiNAARI event.
Receiving the award, Ms Rima Pradhan, Sr. Vice President, Marketing at Viviana Mall said, “At Viviana we constantly innovate with various issues and causes to highlight the plight of victims and endeavour to contribute meaningfully to their lives through a program that gives back to them and empowers them to stay relevant and gainfully employed. This particular program was aimed at highlighting the social malaise in India where victims are subject to horrifying physical and mental torture owing to the callous and cowardly behaviour of some maladjusted beings. We are ecstatic that the recognition has come from the highest levels of the industry and that too at a global forum, but more importantly that the cause has been received well and there is a ground swell of movement towards banning the sale of acid and victims being recognised and action being taken at all levels.”
The cherry on the cake is that the ICSC 2018 gold winners will be automatically eligible to win ICSC’s VIVA best-of-the-best Award. The ICSC VIVA Best-of-the-Best Awards, which recognize the shopping centre industry’s most cutting-edge properties, innovative solutions and creative responses to market trends throughout the world, will be presented during ICSC’s annual convention.
A part of Sheth Developers & Realtors, Viviana Mall covers over 250 leading brands in its prime retail and leisure space. The mall is India’s first and only visually impaired friendly mall with “XRCVC-Viviana Extension” a resource centre for visually impaired.