The global vegetable seed market is expected to grow at a CAGR of 3.84% 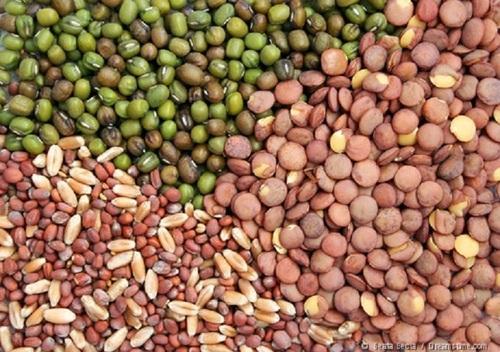 Vegetable Seed Market Overview
Tomato, cabbage, pepper, lettuce, watermelon, onion, melon, Chinese cabbage, chilli, carrot, sweet corn, eggplant and okra are seeds of high growth vegetables. Tomato is the most important crop, widely cultivated in tropical and subtropical climates. It is the most cultivated and consumed vegetable in the world. China is the largest producer of tomatoes, followed by the United States, India, Turkey, Egypt, Iran, Italy, Spain, Brazil, Mexico and the Netherlands.

Avail Sample of the report @ https://www.researchcosmos.com/request/vegetable-seed-market-report-2017-global-industry-analy/24293440

It is expected that the vegetable seed industry in India will grow from the current size to around $ 1179 million over the next five years. According to CIFAR, this growth will be due to the greater use of hybrid seeds. The number of hectares cultivated in biotechnology increased from 179.7 million in 2015 to 185.1 million in 2016. Developing countries accounted for 54% of the world’s biotechnology hectares, compared to 46% in the industrialized countries. The growing awareness of consuming more vegetables to meet various dietary and nutritional needs has led to an increase in the demand for vegetables.

The Netherlands is the largest seed exporter in the world, accounting for 24% of the global share in the seed market, followed by the United States (19%) and France (15%). According to the European Commission, vegetable seeds are produced outside of Europe, where labour costs are low. The seeds produced are sent to the Netherlands for processing, sampling, packaging and re-export. Eight of the top ten vegetable seed companies in the world have their main offices in the Netherlands. In 2013, the Netherlands exported $ 1,273 million vegetable seeds or almost 36% of world exports. In the same year, the country imported 17,960 metric tons of vegetable seeds valued at USD 421 million and re-exported 12,340 metric tons. More than half of Dutch seed exports go to other EU countries, including Germany, France, Italy, the United Kingdom and Spain. Outside of Europe, the United States and Japan are the main customers. In the Netherlands, commercial agriculture is based entirely on the use of modern varieties provided by the commercial cultivation of plants and the production of seeds. The chilli seed segment represented USD 402.42 million in 2015, with an average annual growth rate of 12.22% during the forecast period. The market is expected to reach $ 799.12 million by 2023. The vine grows best in the tropics, in a hot and humid climate, at an altitude of 1500 feet, with a uniform rainfall of around 100 inches. The richest growth is observed in fertile, flat or gently sloping soils, rich in humus, well drained and slightly shaded. Asia is the largest region that produces chilli peppers and represents about 70% of world production. India is the largest market in the country for the seed segment. India and China together contribute more than half the size of the global vegetable seed market.

Browse More Details of the report and TOC @ https://www.researchcosmos.com/reports/vegetable-seed-market-report-2017-global-industry-analysis-trends-and-market-overview/24293440

Scope of the report:
The report offers a comprehensive analysis of the industry by providing the estimations of market potential and forecasts with utmost granularity. Along this, the factors influential in effecting the market dynamics and trends are discussed in detail at the product level. Further, the performance of the market at the regional and country-level is assessed and the prospects with high growth potential are identified and debated.
The key players in the industry are profiled providing insights on their financial performance, market position and growth strategies. Comparative analysis on prime strategical activities of the market players delineating the key developments like mergers & acquisitions, collaborations and an evaluation of the competitive environment within the industry are provided. The report also offers a broad outlook of the market along with recommendations from industry experts on the opportunities for investment activity.
What else? Apart from the syndicated report, our in-house team has an expertise and experience in designing custom reports to meet your specific research needs and assist you in making well-informed decisions.

Make an Inquiry before buying @ https://www.researchcosmos.com/inquire/vegetable-seed-market-report-2017-global-industry-analy/24293440