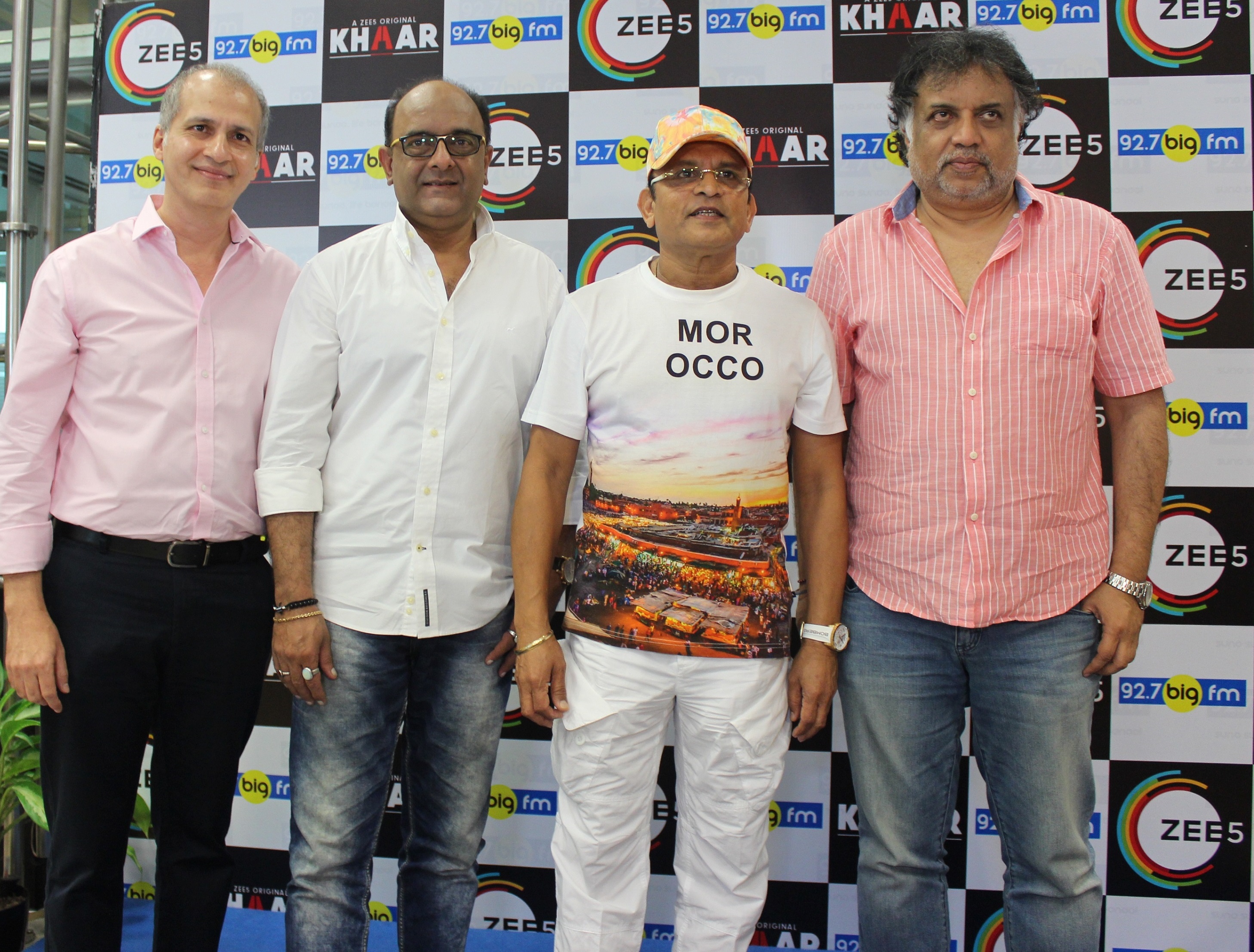 The recently-premiered docudrama Khaar on Zee5, based on the Dandi March led by Mahatma Gandhi, has been receiving rave reviews and acclaim amongst the audience. The ensemble cast including actor Amit Singh Thakur, Sanjay Gurbaxani and, director Suhail Tutari visited the BIG FM studio to promote the show and connect with the viewers. The event also marked the presence of renowned actor Annu Kapoor, the host of BIG FM’s popular show ‘Suhaana Safar with Annu Kapoor’ and the narrator of ‘Khaar’.

The event saw the actors address the audience on various aspects by sharing anecdotes while they shot the historic Dandi March. They went on to talk about their experience of working with each other and their journey ahead. Actor Annu Kapoor, who has regaled the listeners on BIG FM with his voice for over 5 years, expressed how he felt lending his voice to narrate one of the most exemplary movements of Indian history.

Speaking about the same Annu Kapoor said, “It is my pleasure to have worked for two different platforms in this space and the work on both has been unique in itself. The concept of Khaar is out of the box. It has some drama that is combined with original incidents. It requires tremendous courage to come up with serious content like this in today’s world which is mostly about fictional content. Hence, I really appreciate the director’s efforts and determination in bringing forth a story like Khaar.”

Director Suhail Tutari who has many popular web series to his name, speaking about Khaar at the event said, “I believe a certain type of content should be delivered only where it is required. If something is working well among the audience, it is not necessary that it will work everywhere. It’s a fad that will eventually die down. At the end of the day, the viewers want a good story and if that itself is not good, then the watch time won’t be much. People want to be engaged with good story and characters and that is what will work.”