Junglee Music releases Yo Yo Honey Singh’s “Billionaire” From Baazaar 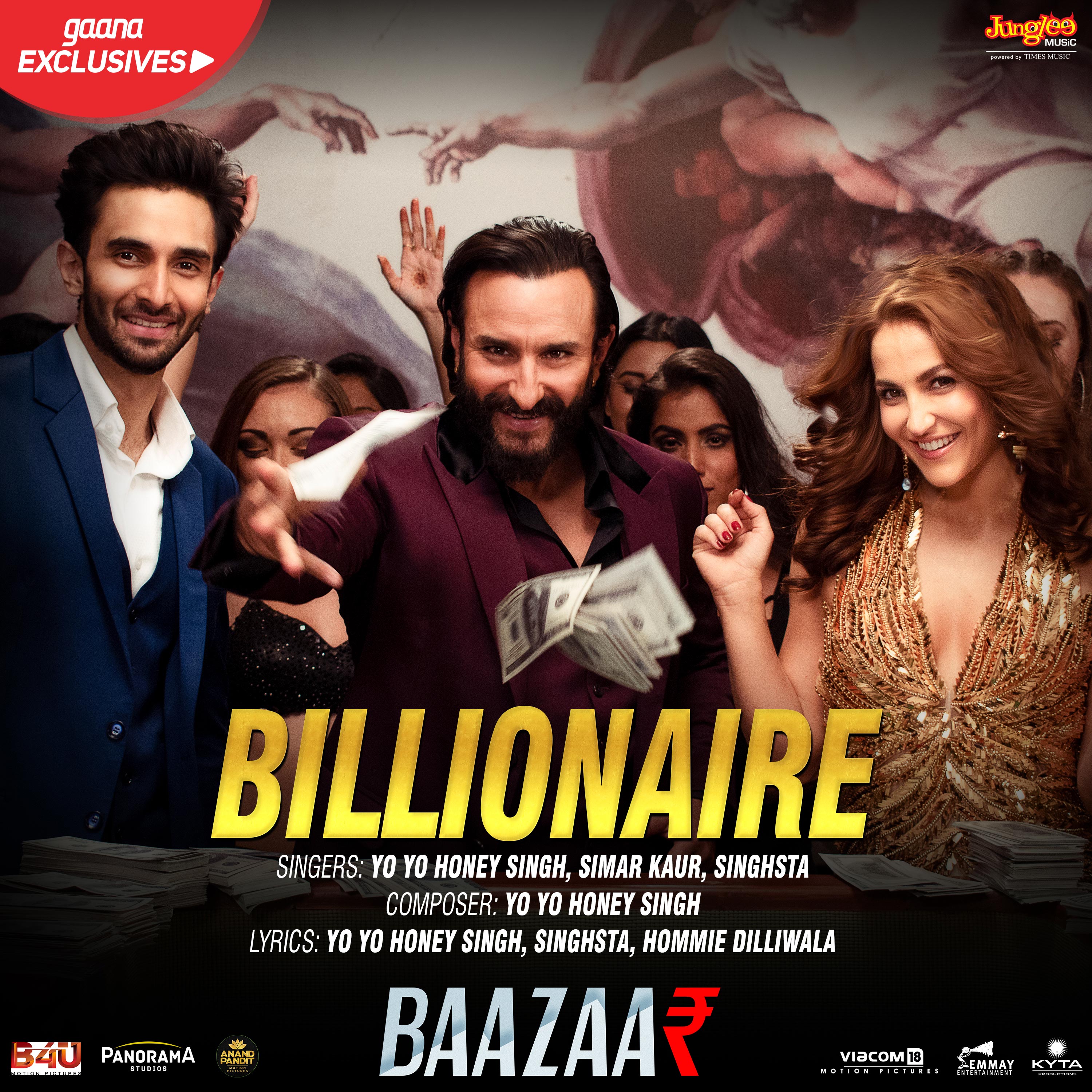 Music sensation Yo Yo Honey Singh treats its audience with another party starter song “Billionaire” from the upcoming movie Baazaar staring Saif Ali Khan, Radhika Apte, Chitrangada and Rohan Mehra. The lyrics have been penned by Honey Singh himself alongside Singhsta and Hommie Dilliwala. The music video is now available on Times Music YouTube channel.

The upbeat song features Saif Ali Khan and debutante Rohan Vinod Mehra in a dapper look. The dancing and the groovy tunes amplify the energy of the song in a fun and swaggering style. Moreover, Honey Singh’s rap further adds an electrifying energy to the song.

Yo Yo Honey Singh quoted, “It is the love of my fans that motivates me to create new and interesting tracks every time. I am extremely excited to share the new song from Baazaar ‘Billionaire’ now. It is a very interesting track and goes perfectly in sync with the theme of the film. I have attempted to encapsulate the spirit of Baazaar in my song and I hope the audience showers their love on the song just like they have always done”.

Billionaire is Times Music’s exclusive release and is available on Gaana for everyone to enjoy!

Watch Billionaire on YouTube – https://www.youtube.com/watch?v=fiRdp7riFFA
Hear it on Gaana – https://gaana.com/song/billionaire-82