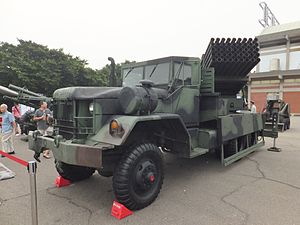 Global Multiple Launch Rocket Systems Market size is projected to reach $1,075 Million by 2025 from $586 Million in 2017. In this report, multiple launch rocket systems market forecast says that the global market is growing at a CAGR of 7.9% from 2017 to 2025. By Geography, Europe and Rest of the World are expected to grow at a CAGR of 8.6% and 8.2%, respectively, during the forecast period.

Click Here to Request a Free Sample PDF of This Report @
https://www.marketresearchoutlet.com/report/multiple-launch-rocket-systems-market-report/request-sample

The factors driving the growth of the global multiple launch rocket systems market includes increase in spending on artillery upgrade programs, and rising regional conflicts. In addition, growing focus towards the development of long-range MLRS has also supported the market growth. However, inaccurate hitting to the target may hamper the growth of the market. Moreover, improved launcher mechanical systems, and replacement of old systems is likely to provide lucrative growth opportunities for the market in the coming years.

The country wise analysis has been also covered under the scope of the report. North America covers the U.S., Canada, and Mexico. Germany, France, UK, Russia and Rest of Europe are analyzed under the European market. China, Japan, India, South Korea and Rest of Asia-Pacific are included under the Asia-Pacific market. While, RoW is bifurcated into South America, Middle East, and Africa.

Wheeled, by launch vehicle dominated the market with major share in 2017

On the basis of launch vehicle, the wheeled system occupied the majority of the share in the year 2017, and is expected to continue its trend over the forecast period 2017 – 2025. The market for wheeled systems is growing because of the superior mobility and speed compared to tracked systems. In addition, they are light in weight and can be carried by C-130.

The 100 to 300 km firing range is anticipated to attian the fastest CAGR over the forecast period i.e. 2017 – 2025, owing to bigger calibre of the new systems that has the capability of launching rockets and missiles upto 300 km.

Click Here to Request for a Customization of This Report @ https://www.marketresearchoutlet.com/report/multiple-launch-rocket-systems-market-report/request-customization