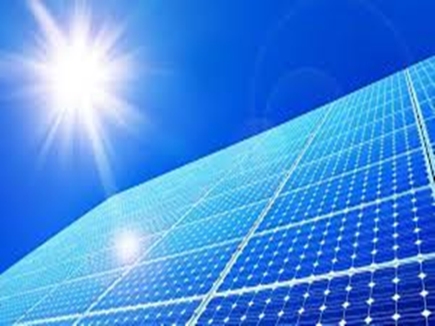 DC to DC Convertors in Solar Energy Market: Introduction
With the growing alarms for environment and increasing demand for energy, the demand for some alternate energy sources such as fuel cells, hydropower, solar power, wind energy, etc. The demand for the solar energy is rising globally due to increasing focus to control global warming emissions, and to lower the dependence on conventional energy sources such as coal and fossil fuels. The solar energy systems, otherwise photovoltaic (PV) power generation systems had took a distinct place owing to inexhaustible nature, availability, lower cost of maintenance etc. However, the power generated by the photovoltaic system is unpredictable due to cell temperature variations, coupled with the amount of solar irradiation exposed. In order to determine the variations, DC to DC convertors with maximum power point tracker are being used along with PV panels.

Request for a sample copy of this report @ https://www.insightsandreports.com/request-sample/201

Market dynamics
The market is highly driven by continuous rise of the global solar energy production. Due to the increasing focus on renewable energy sources, many companies operating in the solar energy segment have started installing new power plants to increase the total production and also to reduce the use of non-renewable energy. According to World Energy Council, the installed capacity of solar powered plants at global level reached at 227GW at the end of 2015. Moreover, the demand for DC to DC convertors is increasing, as they play a key role in the integration between PV systems and storage systems. This will escalate the product demand, and acts as an additional factor for the market growth.
The major restraining factor to the dc to dc convertors in solar energy market is the efficiency losses occurred during the product operation at higher frequencies. This will result in frequent power losses, rise in demand of board space and limited power output.

For more information about this report @ https://www.insightsandreports.com/industry-reports/dc-to-dc-convertors-in-solar-energy-market

Regional Analysis
North America is anticipated to dominate the global market, majorly contributed by the U.S. market. As per National Renewable Energy Laboratory, in 2016, the electricity generated through solar energy system in the U.S. accounted for over 23.3 terawatt-hours. As the demand for solar energy in the North America is on the rise, the demand for DC to DC convertors is also predicted to grow proportionally over the estimated time period. This is majorly contributed by rising awareness towards the renewable energy generation, coupled to meet the set objectives by the U.S. government on solar energy systems. National Centre of Photovoltaics have set their objective to achieve large-scale solar power systems at low grid penetration by 2020, hence the use of dc to dc convertors is expected to grow over the projected period.
Key players
The leading players in the market are XP Power, Dyna Hitech Power System Ltd., Powertron Instruments, Texas Instruments, Murata and several others.