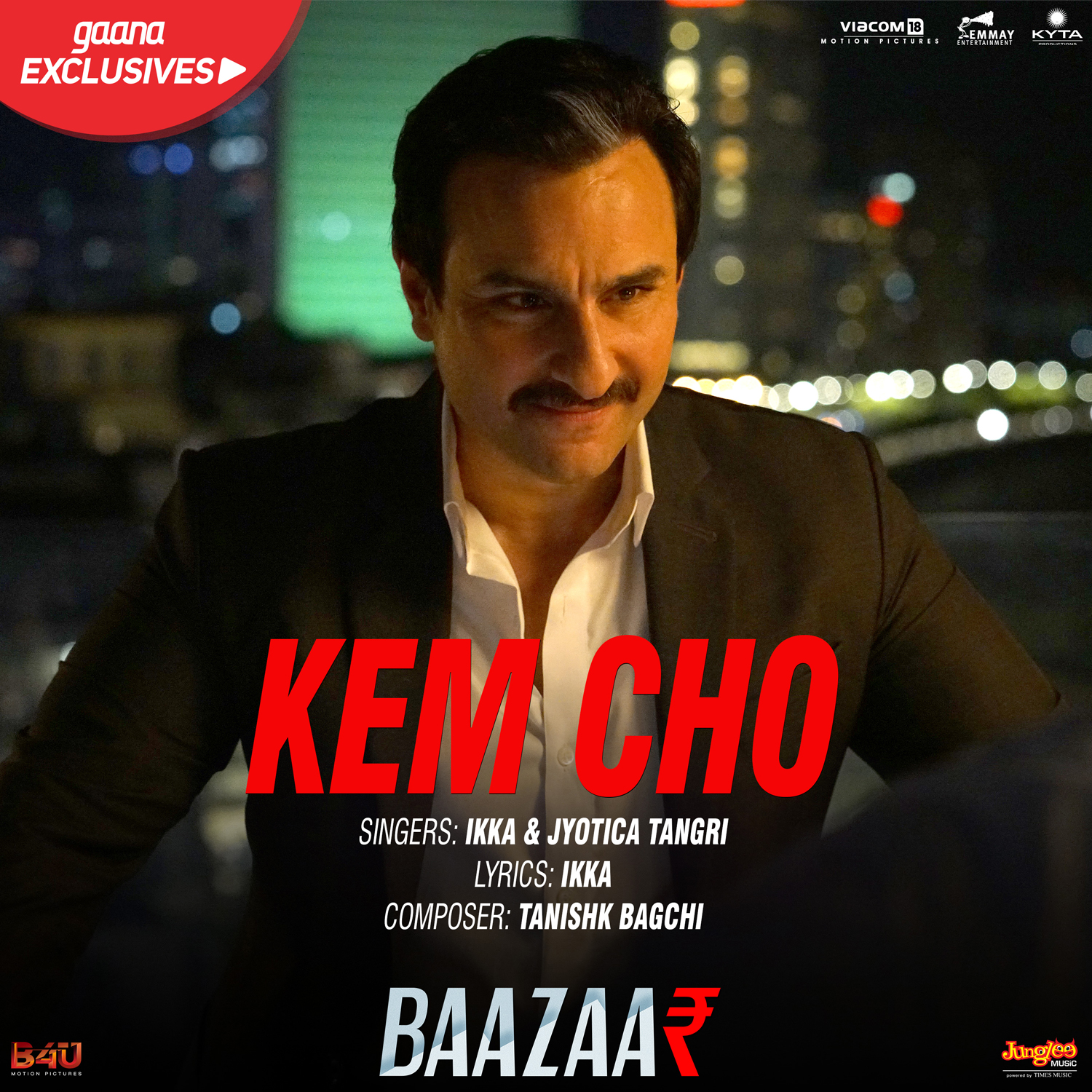 After the huge success of Baazaar’s intriguing trailer, Junglee Music unveils the first song from the film titled ‘Kem Cho’ on Times Music YouTube channel. The song has been composed by Tanishk Bagchi, penned and sung by famous singer-rapper Ikka Singh along with Bollywood playback singer Jyotica Tangri. The music video is now available on Times Music YouTube channel.
Kem Cho is a peppy dance number that reveals the film’s storyline and profile of its lead characters. The video typically showcases the world of stock market business which includes name, fame, money and glamour. It takes us through the life of a simple businessman ‘Shakun Kothari’ – his intellect and how he maintains a perfect balance between both, his personal and professional life. Moreover, the song’s catchy hook-line ‘Kem Cho Maja Ma’ adds to its quirky desi – flavour.

Tanishk Bagchi, the music composer said,“I had a fantastic time working on Kem Cho! Kem Cho is a song set ideally keeping the theme of the movie in mind, and I feel it’s definitely going to connect with audience really well!”.
“When I first heard the song, it just clicked instantly. Gujarati is one of my favourite languages and it was fun recording a song in a different language. It was a pleasure working with Tanishk as we have a very good bonding!”, said singer-rapper Ikka Singh.
Tanishk Bagchi is a well-known Indian film composer who made his debut in Bollywood with the song ’Banno’ – composed by him and Vayu Srivastava from the film Tanu Weds Manu Returns (2015). He was applauded with Mirchi Music Awards, Zee Cine Awards and International Indian Film Academy Awards.
Ikka Singh is a popular rapper who has recently worked on Dilbar Remake (Satyamev Jayate), Pyar Le Pyar De (Genius) and Kamariya (Mitron).
Bollywood singer Jyotica Tangri is well known for her exceptional voice who has won Zee Cine Awards as the Best Female playback singer 2017 for the movie ‘Shaadi Mein Zaarur Aana’.
Kem Cho is an exclusive Times Music release and is available on Times Music YouTube channel and Gaana Exclusive for people to enjoy!
Watch Kem Cho on Times Music YouTube channel – http://bit.ly/KemCho
Hear it on Gaana – https://bit.ly/2IpyO9W