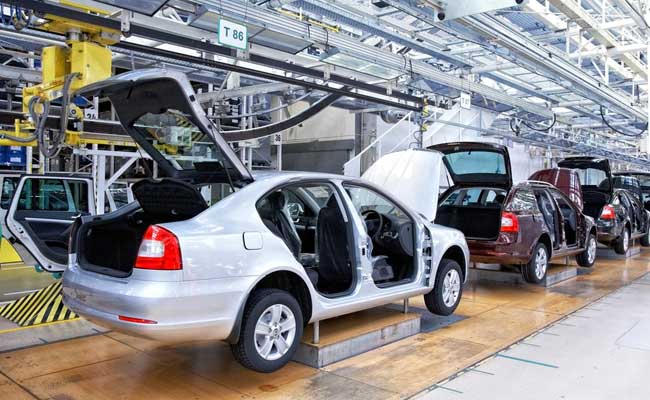 Today Vietnam Automobile Industry is largely stopped at simple assembly. The average localization rate is around 10%. Almost all of domestic components are in the form of simple technology with low value and mainly used for trucks and passenger cars. The newly promulgated Decree 116/2017/ND-CP on Production, Assembly and Trading of Automobiles is expected to create new opportunities in the development of production activities of automobile company’s right in Vietnam instead of yielding to imported cars.
The global automobile market in 2017 continued to grow with the total produced cars of 97.3 million units, an increase of 2.45% over 2016. The world’s automobile production workshops are still located in three traditional areas with the earliest automobile industry which are North America, Western Europe and East Asia.
Global automobile consumption in 2017 reached xx.x million units, up 3.1% compared to 2016. Global automobile export in 2017 continued to sharply decline and plunged the most since 2012, when the total export value of automobile market was only USD xxx.xx billion.
In the first three months of 2018, automobile production and assembly in the country reached xx.xx thousand units, a slight increase of 7.81% compared to the same period of 2017. According to Vietnam Automobile Manufacturers Association (VAMA), in the first three months of 2018, total revenue of automobile market was xx,xxx thousand units (including passenger cars, trucks, passenger cars/buses and some other vehicles), down 2% over the same period of 2017. The market share has high concentration rate: in 2016, 2017 and Q1/2018, over 70% consumption market share of VAMA was held by Truong Hai, Toyota and Ford. In the first three months of 2018, Truong Hai has remained the largest market-share enterprise with 42.7% total car consumption in the automobile market.
According to VIRAC estimates, the car ownership per 1,000 people in Vietnam in 2016 (31 cars) is still low compared to other countries in the region as well as in the world. According to the General Department of Customs, in the first three months of 2018, the country imported x,xxx cars in complete units, the total import value was only USD xxx.x million. Compared to the same period of 2017, import of automobile market in the first 3 months of 2018 decreased by 84% in volume and 75.8% in value.
To know more, click on the link below:-
https://www.kenresearch.com/automotive-transportation-and-warehousing/automotive-and-automotive-components/vietnam-automobile-comprehensive/155381-100.html
Related Report:-
https://www.kenresearch.com/automotive-transportation-and-warehousing/automotive-and-automotive-components/automobile-industry-forecast-2021/92836-100.html
https://www.kenresearch.com/automotive-transportation-and-warehousing/automotive-and-automotive-components/automobile-industry-forecast-2021/92835-100.html
Contact Us:-
Ken Research
Ankur Gupta, Head Marketing & Communications
Sales@kenresearch.com
+91-9015378249