FARMERS RIGHTS – CAN ORIENTAL INSURANCE GET AWAY WITH JUST A PENAL ACTION? 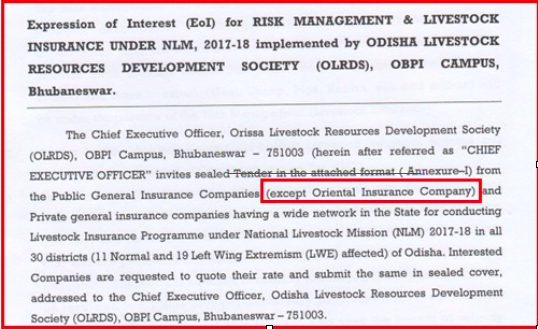 Our Correspondent tried contacting Ajit Kumar, General Manager, Oriental Insurance Company to seek justification on this act of illegitimacy. Ajit Kumar said he’s unavailable for a week and Ajit Kumar will not be available to comment right now.