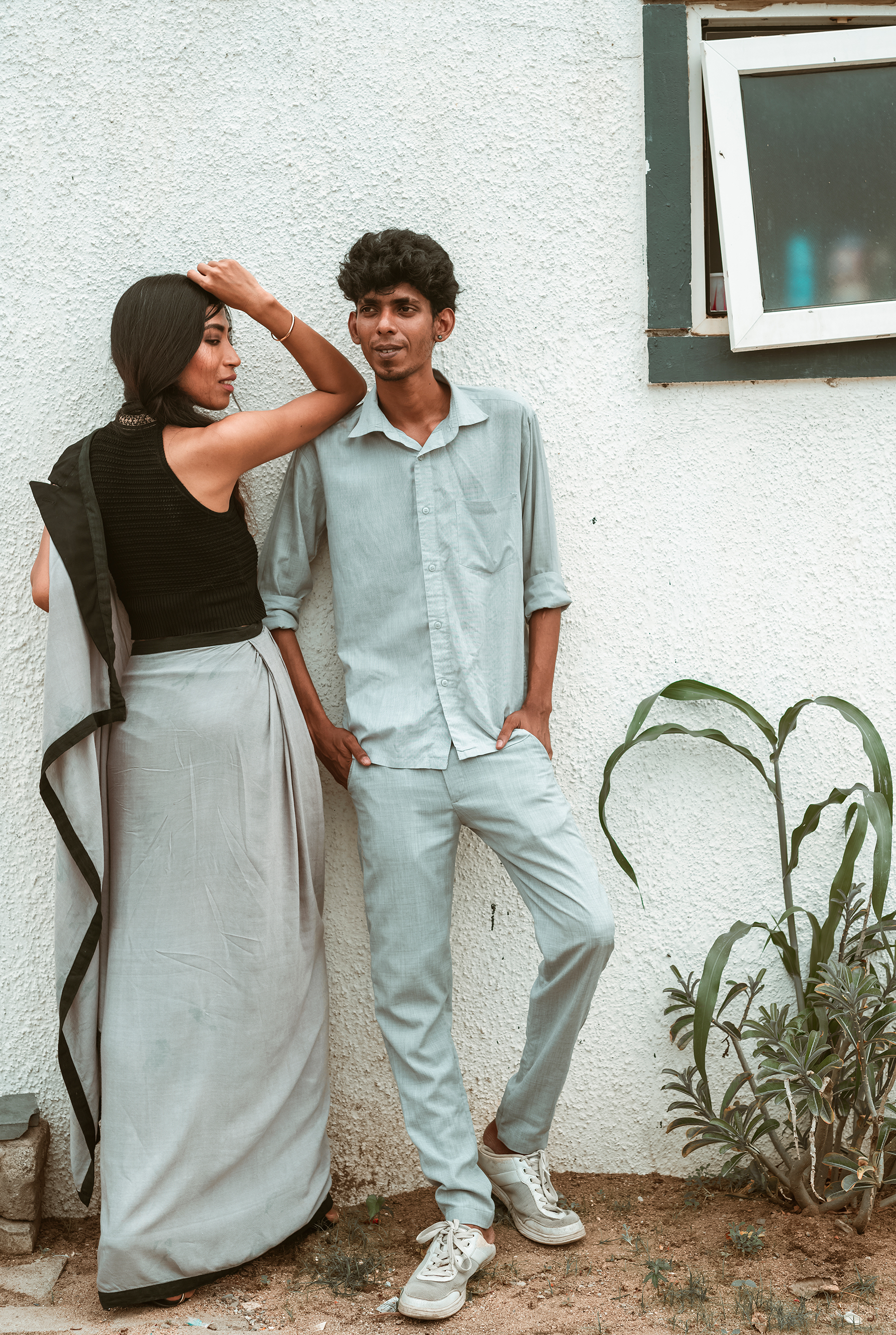 Chennai, September 2018: Fashion designer Purushu Arie’s latest innovation features the fastest sari drape in the world which can be worn within 5 seconds! Purushu Arie introduced an armhole to the traditional sari where the wearer can simply slip-in their arm. This newest way of wearing the sari is also the easiest, fastest, and most comfortable way of draping a sari.

Sari
noun
a rectangular garment tied around waist and draped over shoulders, traditionally worn by women from South Asia.

Sari is among the most popular garments worn in South Asia. The sari which is worn for more than 2000 years now, is a versatile garment that can be draped in myriad of ways. The latest functional upgrade of the garment involves an armhole through which the wearer can simply slip in their arm. This revolutionarily alters the functionality of the sari – one no longer has to worry about pinning the sari to blouse or the sari falling off.

FASTEST SARI DRAPE
The armhole sari can be worn in anywhere between 2-5 seconds. The armhole sari transforms the cumbersome image of sari by offering speed, ease and comfort for our lightening fast lives.

SIZE NEUTRAL
The versatile sari fits a variety of body types. Armhole sari is a size-neutral garment that can be worn by more than 4 different clothing sizes.

“The armhole sari was first created as part of my graduate design collection at NIFT New Delhi. At my graduation show, the audience broke into spontaneous applause in middle of the show when the armhole sari was presented on ramp. That thrill from backstage is a moment I carried on and I developed the style further. As a designer, it’s my job to offer simplified solutions for real life. Not every Indian knows how to drape a sari – but that statement won’t apply any longer.” – Purushu Arie