Affordable Housing: A glimmer of hope 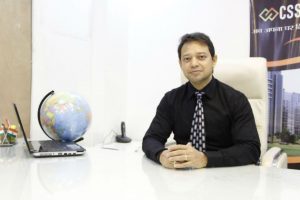 India is a fastest urbanizing nation confronting infrastructure development challenges associated with rapid growth. One of the major defiance for a developing country like India is urban migration, which is further aggravated by limited resources to meet increasing housing demands. There is a large number of migration from rural areas, two tier or three tier cities to metropolitans has contributed to urban congestion, pressure on basic amenities such as water and sanitation, etc., and most of all, housing shortages in big cities across India. At the national level, the government estimated a shortage of millions of homes at the beginning of 2017 and it is also projected that the country’s total housing shortage till 2022 would be 30 Million. The tremendous difference between demand and supply in Affordable housing area is pressurizing people to live in rental homes or informal settlements. It is clear that the concern, if not dealt immediately, can have larger grey impact on our economy growth.
After the introduction of Affordable Housing Scheme, Country witnessed some revival in real estate sector however Housing for all is still a dream only. The Affordable housing inventory has started hitting the market during second half of 2017-2018. To successfully construct India’s Affordable housing, partnership between central ministries, state government, civic bodies, private sector and country’s financial institution is necessary. The unified ambition must be to enhance the efficiency of country’s affordable housing sector at minimal cost while maintaining basic amenities and safety standard. To bring Affordable housing in the mainstream, government should act as a catalyst for development and ease investment process for both private and Public.
In recent years Affordable housing has been one of the focus areas for the government. There are some major policies, schemes and initiatives introduced by the government to boost affordable housing sector:
o Pradhan Mantri Awas Yojana: To mitigate the shortage of housing in the country, the scheme was launched in June 2015 to build 20 million houses for individuals who fall under EWS(Economically weaker sections) and LIG (Lower income group) categories. In order to address the shortfall, the scheme envisages to tackle the issues through four models: In situ Slum Redevelopment, Affordable Housing in Partnership and Subsidy for beneficiary-led individual house construction and Credit linked subsidy. In addition, it has suggested policy reforms to implementing agencies.
o Foreign Direct Investment (FDI): Opening up foreign direct investment (FDI) for of townships, housing, built-up infrastructure and construction-development. However, not much traction has been seen in the Affordable Housing segment till date.
o Ease of Doing Business (EOB): There are several initiative has been taken to increase ease of doing business with main focus on obtaining construction permits in urban areas. Single Window clearance has been initiated through an integrated online portal in select cities is recent example of it. ] o RERA and GST:The government has enacted the Real Estate Regulatory Act (RERA) and Goods and Services Tax, which will have a long term transformative effect. RERA has bring transparency, efficiency and accountability in real estate sector and it is acting as boon for Real Estate.
o Land Pooling policy (LLP): Land Pooling policy brought an opportunity for mid-level builder to create affordable housing for Middle income Group (MIG) or Lower income group people. If it is implemented in a consensus and time bound effective manner, it will prove to be panacea for housing sector.
To sum it up, India will be almost 50% urbanized by 2030, smart cities with smarter ways of living and affordable housing will help in solving the problems of urban areas.Our Intention must be, to create a positive environment to attain Government of India’s goal to achieve Housing for All by 2022.
(By Neh Srivastava, Under Secretary, Ministry of Home Affairs & President, Central Secretariat Services Officers Society)