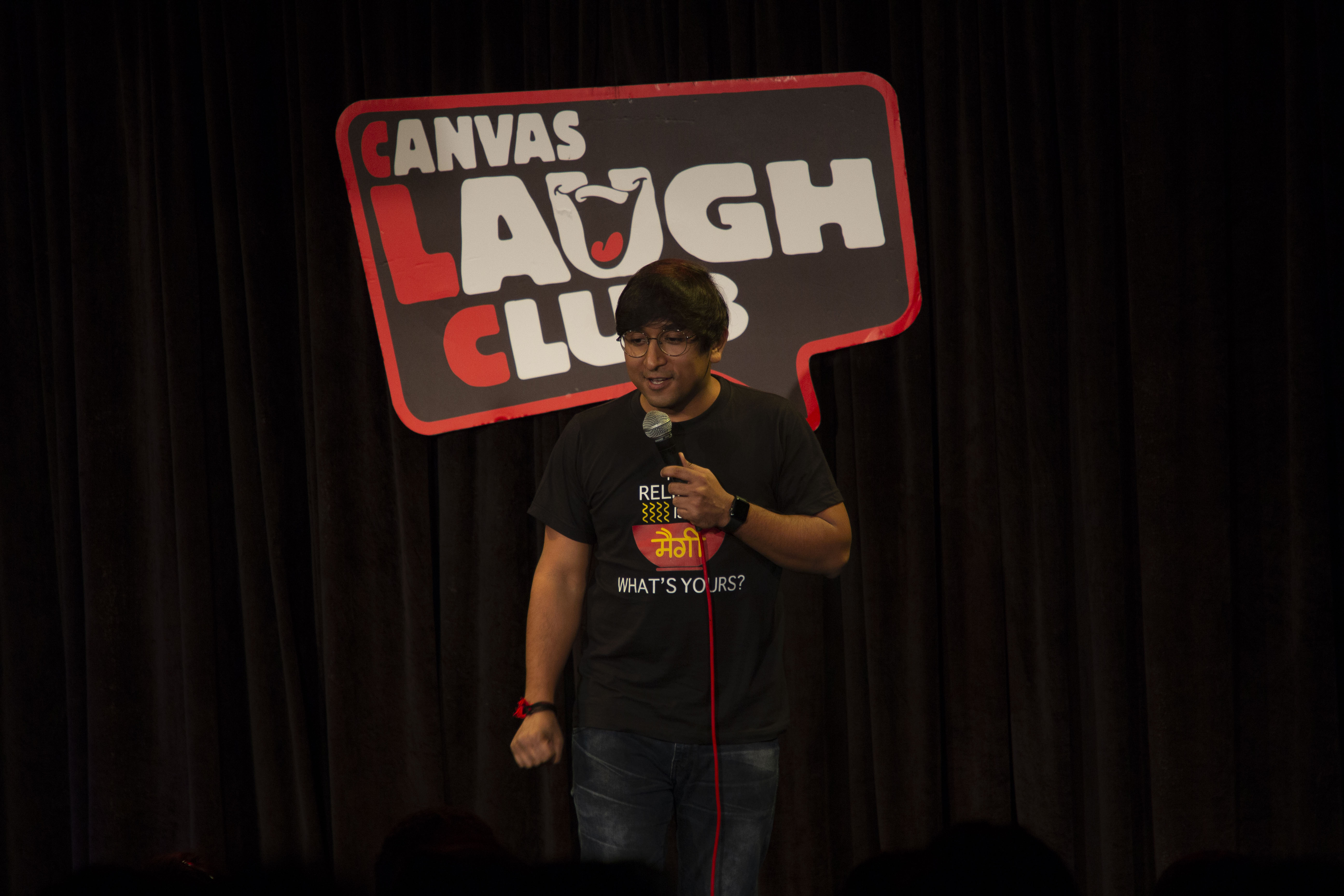 06 September 2018, Mumbai: Appurv Gupta popularly known as ‘Guptaji’ in the stand-up comedy circuit was in Mumbai to perform at the Canvas Laugh Club where he had the audience in splits.

Coming from a middle-class family background, Appurv knows exactly what an average Indian’s daily life looks like. He observes different people and their traits from daily life and then uses these human reactions to different situations with a touch of his wicked humor in his performance. His jokes are more of a personal experience than a made up story, which makes it so real that every single person in the audience can relate to it. Also ‘GuptaJi’ is such a common surname in the country that it could be your neighbor, your dad’s friend, etc. Hence people also refer him as the ‘Common Man’.

Guptaji’s keeps his content clean so you and your family can enjoy his shows together. He has got something for everyone, from a kid who is 16 to your grandpa who is 65, they all will take something from his show. His content is mostly Hinglish, as he thinks in Hindi and then converts the jokes into English. His unique delivery style and presentation of jokes will get you rolling with laughter.

About : Appurv Gupta: CNN-IBN has listed Appurv Gupta in the Top 20 Stand-Up Comedians to watch out for. Comedy Central India says that he is India’s leading Hinglish Stand-Up Comic. NDTV Prime shows him regularly with his exclusive show ”The Rising Stars of Comedy with Appurv Gupta.” Recently, Forbes India had listed Appurv in the Forbes India Celebrity 100 Nominees list. Beyond all these recognitions, Appurv believes that he is the quintessential guy next door.