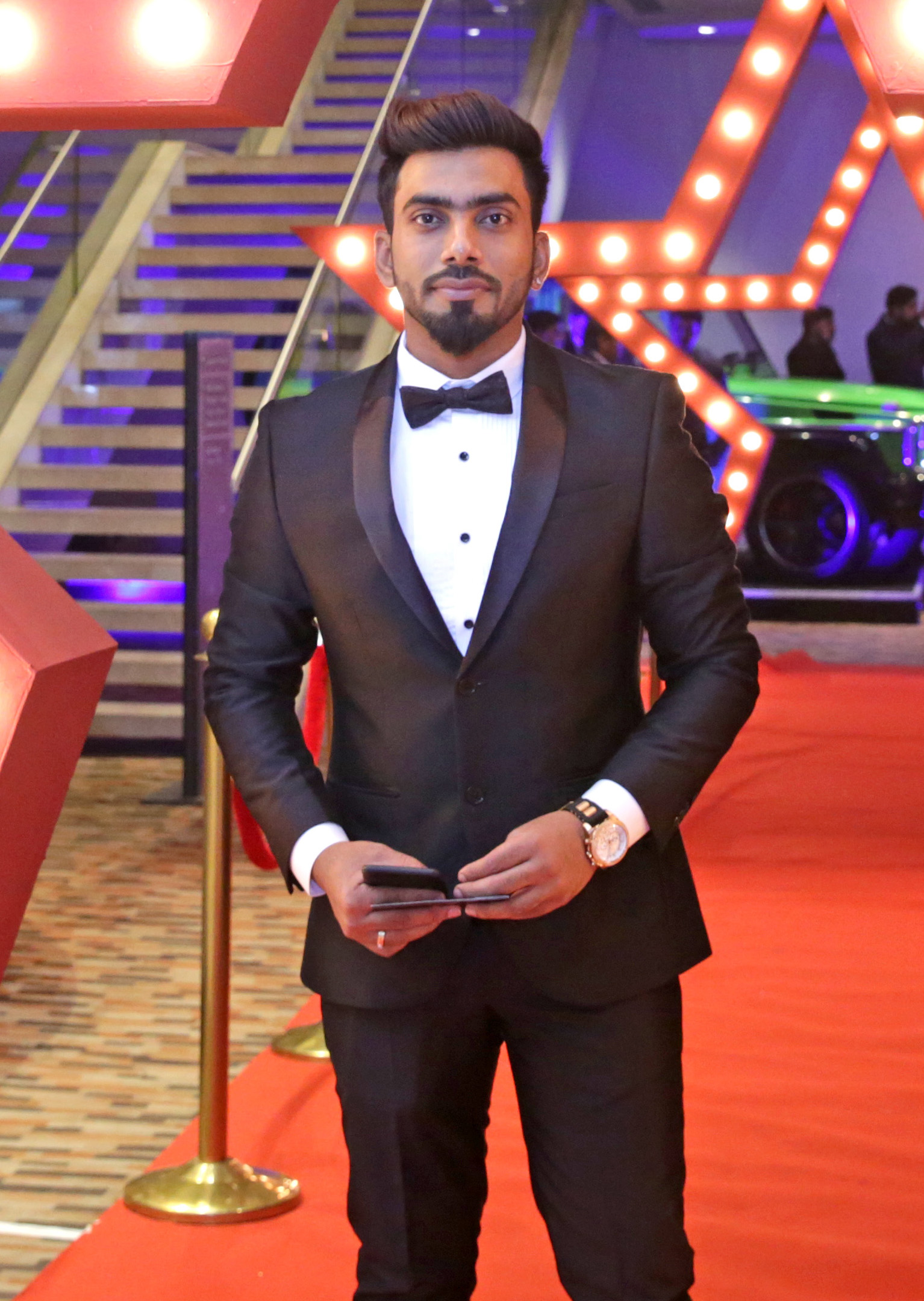 On the sparkling highways of Music Video Direction & Fashion Photography, from the humble beginnings of those narrow streets of the small town of Aligarh (UP), is a dream that he would like to live every time says Abhijet Raajput, formally known as Mr. Raajput now in the media industry who is a music video director, photographer, and a producer.

Painting the story with his passing years of life that can inspire many from small towns of India, who dream of making big in the Media and Fashion industry, yes where you come from doesn’t matter! What matters is your attitude combined with a never-dying approach to achieve what you set out to do for yourself, says Abhijet Raajput, giving us a brief narrative of his journey from the small town of Aligarh to Pune’s world of music videos and fashion photography, and all set with his next big leap, International music videos lined up for a release to test waters on the global music video circuit.

He says more than dreaming, what it takes is, to keep staring into the eyes everyday obstacles and growing above it in a way that dealing with it becomes a fun lifestyle.

It all started in the year 2008 with the inquisition about the Punjabi music videos those he used to watch sitting at his house in ‘Sasni Gate’, a small locality in Aligarh. Seeds of dreaming to be someone shooting the similar kind of videos someday perhaps started from there. There was something enthralling about the whole amalgamation of visuals with music, signing & performance of an artist telling a story, he felt, he should share.

It was during those days in Aligarh when he took up a graphic designing & editing course at arena multimedia while trying to figure out the way to get on to the path of realizing his dream of becoming a music video director.

He says after realizing what you want to do, the bigger task is to take the next step of moving to the place where you can be around the experts and learn the art. For him, it was Pune city. It wasn’t easy to make a move as there were a lot of insecurities attached with pursuing a career coupled with the family pressure, not believing that a career in such fields can make a good Living & Life and can go hand in hand.

He says that the kickstart happened when his dad, who is defense army personnel, was transferred to Pune and that very moment he knew that his start point would be Pune being close to Mumbai which is ‘The city of such dreams & The capital of entertainment’ in India.

After moving to Pune with limited knowledge he had about where to start his journey from, he enrolled himself in Maac – Maya Academy of Advance Cinematic and started learning Cinematic and VFX. He said with his interest in making videos brimming under his belly he started connecting with people from FTII – Film & Television Institute of India which fascinated him even more about making videos, and with his newly developed connections and his passion to learn filmmaking he got the opportunity and started assisting FTII directors on their project which helped him to experience the live shoot sets in return he acquired the understanding of technical learn know-how of the whole process of filmmaking and working under experts helped him to a greater extent, he says. He also helped the directors in casting for films being shot in Pune which introduced him to the experience of hunting for an artist. He believes that when you start working in any area you should become an expert by grabbing all the opportunities which come your way.

Pune in those days was churning into as a big way for fashion photography as it is a market being close to Mumbai, and he decided to give it a shot, carrying his work of fashion folios, he went to the known fashion photographers of the city for work, who refused to take him even as an assistant, saying his skills were not up to the mark. But sometimes some closed doors help you find the highways you should be driving on! The same thing happened to him when after those rejections he decided to start shooting fashion folio as a freelancer and that has marked the phase, he calls it the ‘Rise of Phoenix” in the frame of his own life. He says that the start to fashion photography was just to come out of that phase, which then turned into his profession, people started noticing and acknowledging his work and the demand of his fashion folios sailed making him the new name in the city of Pune. One year of fashion folio shoots and the city of Pune was introduced to the success of Mr. Raajput, as a man tells that is how he was called by all in the industry at Pune.

He says, his claim to fame in the city of Pune was a calendar shoot in 2014 with some top worldwide models of that time from top modeling agencies like Toabh, Inega etc. That calendar shoot was noticed and taken well by Pune’s media corporate and it led to more such shoots followed by magazine editorials, designer collection shoots with international top models with known brands.

That’s when he felt that he was now set to realize his dream of shooting music videos, which led to his music video shoot of the song ‘Kurbaan’ by singer ‘T Jay’ which received a fair response and marked the beginning of his career as Music Video Director. Kurbaan song music video also led to inquiries from Punjab music industry artist, which introduced him to the well known Punjabi singer ‘Sarthi K‘ and the music video of the song ‘Nakhra’ happened, which garnered a great response from viewers and led to more music videos. The current viewerships on youtube of his videos are around in millions.

But the dreamer in him didn’t just want to stop there! He mentions he wanted to shoot the videos of international scale and quality for which there were always budget constraints and the issues of conflicting mindset with partners. His first attempt to inculcate the international feel in a Punjabi video can be being seen in his music video of the song ‘Explain’ with singers ‘T Jay’ & Mellow D and the song ‘Love Struck’ with singer ‘T Jay’. Now he has shot three international videos which are in post-production and will release soon as he works on it to be his Next Big Leap!