India’s Future Global Leaders felicitated with ‘Student of the Year’ 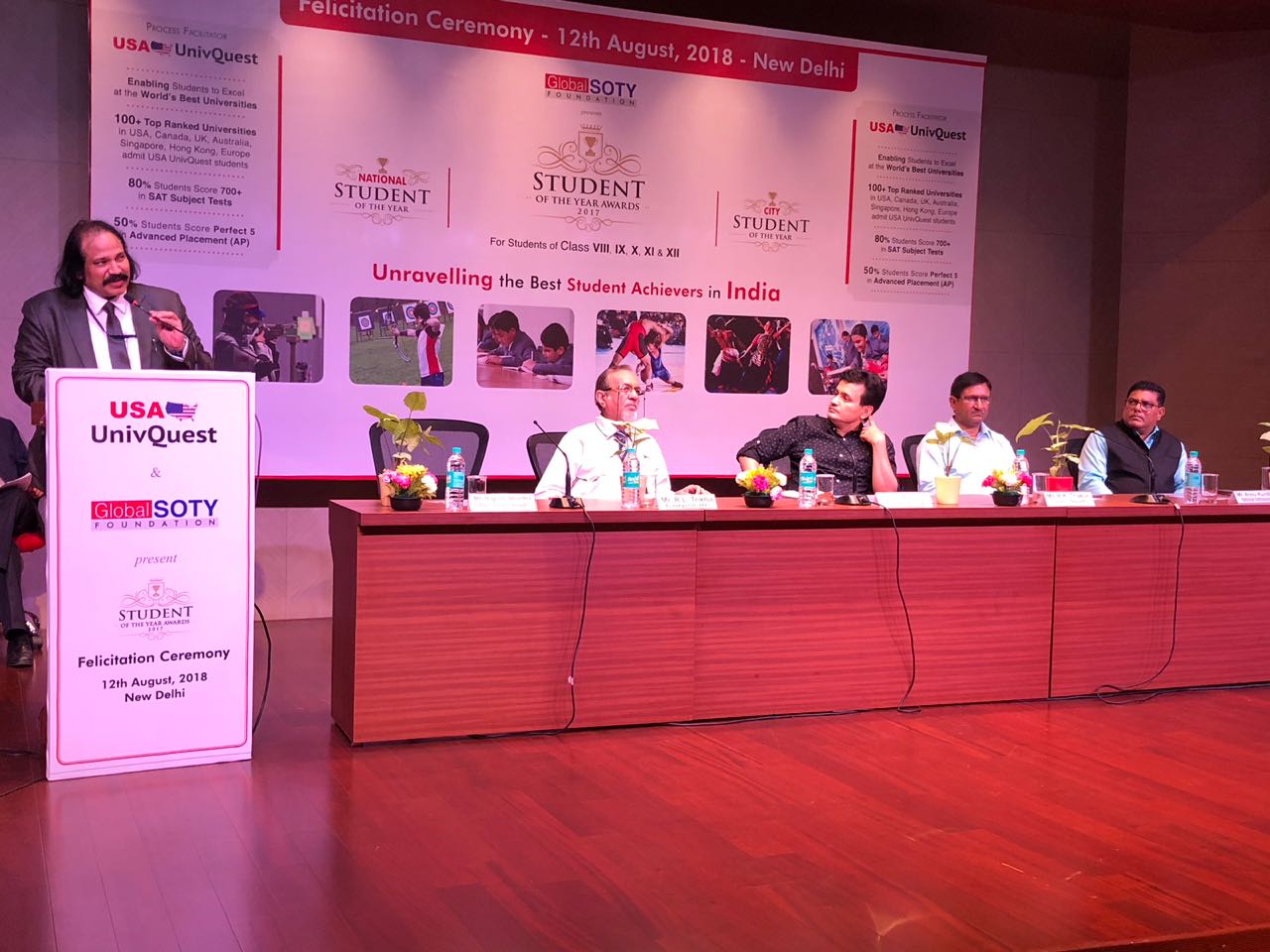 New Delhi: Global SOTY Foundation in association with USA UnivQuest celebrated the success of talented school students by felicitating the winners of ‘Student Of The Year’ Awards.

Gurugram’s Mehar Bhasin in class VIII, Hemant Nair from Hyderabad in Class IX, Maanav Khaitan from Hyderabad in class X and Jaipur’s Abhinav Aggarwal bagged the ‘Student of the year’ National award in their respective categories.

The Student of the Year Award are being conferred on high school students who have the potential to serve as role models for the youth of India, now and in the future. This award has been instituted by the Global SOTY Foundation to celebrate the best achievers among school students in India and to encourage them to pursue their passions, rather than being blindly drawn into the rat race for admission at the top institutes in India.

“The Award was instituted to motivate students to explore themselves and create their unique story. The Global SOTY Student of The Year Award has become popular among the student community. According to him, “We are proud of the palpable achievements of our Awards Winners. The future of India seems bright in the hands of our Award Winners!” Mr. R. K. Thakur, Chairman (South Delhi) of USA UnivQuest.

More than 50000 students from 22 cities had applied for the Award, out of which only 85 students were felicitated with National and City Awards. The shortlisting of the best students was conducted in three steps. After completion of the rigorous three step process, less than 1 percent of the top students from each class were shortlisted for the Awards. Three students from each class (VIII, IX, X, XI) were felicitated as winner, 1st runner and 2nd runner up. All the participants were provided with a Certificate of Participation.