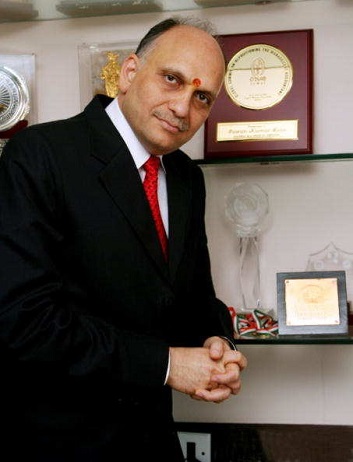 The corporate world of multifaceted opportunities has always developed with the contribution of mrsonaultiple companies. Similarly, Pawan Kumar Ruia is one of the most substantial pelities responsible for the revolution of India’s tyre industry.
In a world of cutthroat competition, Ruia has always faced challenges head-on and emerged as a winner with flair. Since 1995, he has acquired multiple companies that were on the verge of closure, and turned them into success stories.
It all started with a textile manufacturing company, Ruia Cortex in 1996. After Cotex, it dawned on PK Ruia that tyre and automobile industry is going to be his core area. He announced his arrival in the market with his bid for Jessop, an ailing company with huge losses.
Market analysts and trade unions strongly opposed the decision, but Pawan Ruia stood by his decision. In just 2 years, under his leadership, Jessop registered a profit of approximately Rs 5 crore after a drought of 15 years. The numbers spoke for the man’s credibility, and the Kolkata-based entrepreneur became the talk of the industry.
Pawan Kumar Ruia’s belief lies in the fact that management of a company is substantially responsible for its profit. When management changes, there’s always a scope for comeback. He thinks that every business model should be a concoction of experience, teamwork and knowledge sharing to serve its purpose. After all, it was his conviction that turned around the fate of the two-century-old Jessop.
Ruia’s empire of integrated businesses laid its foundation with the acquisition of Dunlop Tyres and Falcon Tyres, two of the most reputed companies inthe tyre industry. With operations that was shut down for 8 years and legal irregularities, Dunlop was in the shambles before Ruia’s arrival.
Ruia group systematically addressed every concern and strived to restart Dunlop as soon as possible. In 2006, Ruia announced that Durga Puja will be the day when Dunlop will resume operations and all the 4,000 employees will get their jobs back. Successive revival of multiple factories pan India got the company back on its feet with a new spirit.
On the other hand, Falcon was in dire need of support. The 2-wheeler tyre manufacturing company was on the brink of closure when PK Ruia invested huge amount. As soon as he took charge of the organization, Falcon reestablished themselves as one of the premier suppliers of tyres to various automobile industry giants.
As time passed by, the combinative investment of almost Rs 200 crore in the tyre-duo started to yield profit and once again, Pawan Kumar Ruia won, even with all the odds stacked against him.
With so many achievements in his kitty, PK Ruia has continued to make serious waves in the industry with his bold and strategic moves. It will not be an understatement to say that he has taken the level of tyre industry to greater heights.