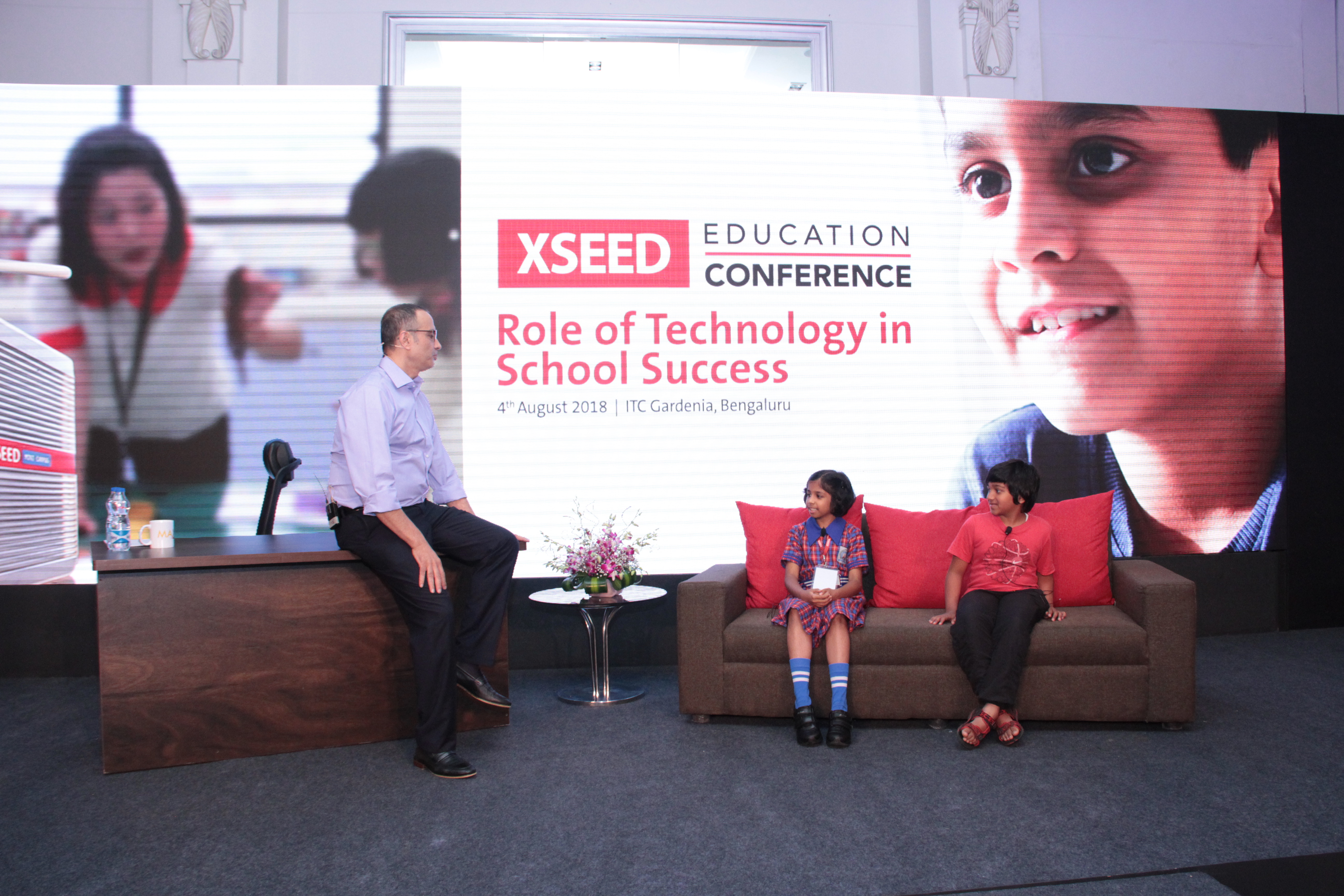 India, August 07th, 2018: Legendary educator Prof. Howard Gardner of Harvard University, father of the famed Theory of Multiple Intelligences, addressed school leaders at the XSEED Education Conference (XEC) 2018, held at ITC Gardenia, Bengaluru, on August 04, 2018. As part of the conference, Prof. Gardner also engaged in a discussion with Andrew Gardner (a noted technology educator) as well as Ashish Rajpal (Founder & CEO, XSEED Education) on the “Role of Technology in School Success” – the theme of the conference this year.

Dr. Howard Gardner is one of the most accomplished educators in the world today. In a career of over 50 years, he has written 30 books, including the Frames of Mind: The Theory of Multiple Intelligences, which is his most popular piece of work. The discussion was themed on the Role of Technology in School Success, where Dr. Gardner and noted ed-tech teacher Andrew Gardner ideated on this theme with Ashish Rajpal, who shared his insights on the need for skill-oriented digital learning curriculums.

This year, the gathering was in an exciting new “conversation” format- from the earlier speaker-listener traditional conference format to innovative and engaging two-way conversations. The four and a half hour event had a crisp timeline and four exciting segments including Candid Conversations – which featured school leaders, teachers, parents, and children – and the Global Guru Conversation which featured Dr. Gardner. Role of Technology in School Success, the theme for this year’s conversation, is most appropriate at a time when jobs and skills are the concern of every parent and student. Each year in India, millions of students graduate without the necessary skills to get a job.

Speaking on the issues today in education, Ashish Rajpal, Founder & CEO, XSEED said, “People are tired of listening to speeches in one-way conferences. The feedback we have received is that they want to be heard, they want to say things. The foundation, or the lack of it, is laid in school. A good school is the one that gets its students future ready. We, at the XSEED Education Conference discussed how technology can help make students and schools more successful”.

School leaders often agree that investment in infra-heavy tech products has not brought measurable value to students. Effective digital solutions for schools must actively build thinking and problem solving abilities. The conference brought together leading thinkers, like Dr. Gardner, to confer on the issue.

Commenting on the role of technology in education and getting students job ready, Dr. Howard Gardner, Harvard University, said,” In light of the technology disruption of automation and Artificial intelligence in the future, It’s most important to prepare for change per and se and explain its good and bad facets- prepare students for a sector and not a specific job. Other than that I still believe in the Five Minds – Disciplined, synthesizing, creating, respectful and ethical to prepare children for the future.

No doubt AI could be used in classroom to measure aspects of human intelligence but the question is whether there are some things that should be left to human judgment or whether AI will simply reproduce already existing cultural differences, magnify them or reduce them.”

On the theme of the event, noted educator, Andrew Gardner points out, “Technology for schools has been a knotty problem over the years. While at first glance most digital learning solutions seem promising, in reality technology in schools has been “oversold and underutilized”. I think personalized and adaptive learning as terms in edtech have been confused. Algorithms can be useful for personalized practice, serving up practice questions, activities or experiences in response to a student input- but learning is more than just practice.”

There has to be a balance of learning technology and teaching students to communicate. At the end of the day learning is more than just practice. “

Dr. Howard Gardner has had a long-standing association with XSEED Education and continues to be an inspiration for founder Ashish Rajpal, who was his student at the Harvard Graduate School of Education. Dr. Gardner addressed XSEED’s inaugural conference in 2009 and also undertook a three-week lecture tour of India in 2012, where he addressed over 3,500 school leaders in 5 cities. Dr. Gardner joined the conversation live from Boston. The event also featured XSEED Education founder Ashish Rajpal and noted ed-tech teacher and ‘Apple Distinguished Educator’, Andrew Gardner.