A DISCUSSION ON THE PLIGHT ON INDIAN FARMERS 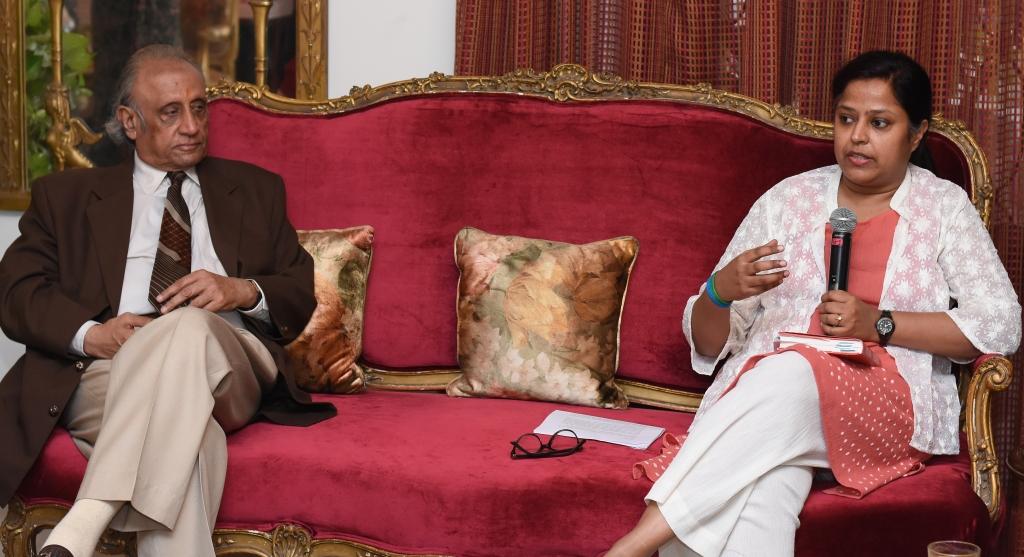 Shri. Sanjay Dalmia, leading philanthropist and industry leader hosted an afternoon for activist and author Kota Neelima’s book Widows of Vidharbha: Making of Shadows, that chronicles the life of 16 widows of Indian farmers. The evening was followed by a panel discussion between Ms. Neelima and Mr.Dalmia offering an insightful perspective. The panel was moderated by senior journalist Ms. Gargi Parsai, who has extensively written on farmers’ suicide, agriculture, food, water resources, rural development, gender and health issues.

They tabled their views on the various development lead policies of the government on farmers. Ms. Kota Neelima said, “The government and political parties deal with farmers like patrons, deciding who does and doesn’t deserve support. However, when it comes to corporate, the same state trusts businessmen with not just massive loans but friendly policy. The question has to be asked: Is it really a democracy where the rich get what they want and the farmers commit suicide because he is invisible to the state?”

Mr. Sanjay Damia talked about the initiatives and contributions by the industry leaders towards the farmers. His recommendations to the governing bodies as well as other fellow Indians looked at enhancing and uplifting the status of farmers in our country. He said, “Farmers’ suicides and government apathy are closely linked to each other. Progressively, governments have, in their quest of appeasing the city denizens and corporate India neglected those who till the land and fill our plates with food.”

Hard loan terms, shifty markets, and zero progress in the technology enhancement of the agricultural sector have rendered the farmer helpless. Even the proposed reserve price is too small a support to offer.