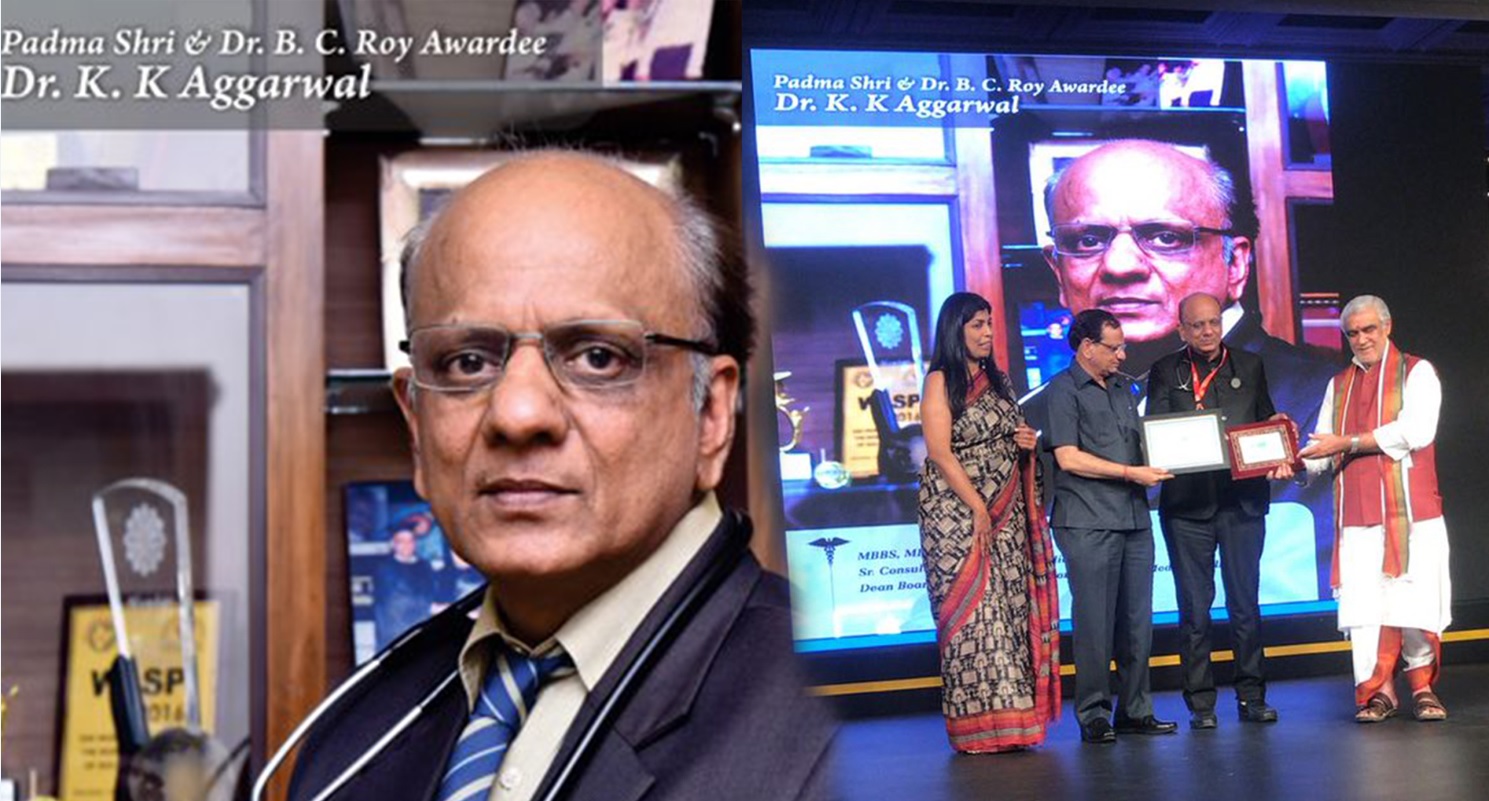 New Delhi, 02 July 2018: In what can be called as a proud moment for the Indian medical fraternity, Padma Shri Awardee, Dr K K Aggarwal, the President of HCFI, has been accorded a mention by The Economic Times in a publication titled Inspiring Cardiologists of India. Apart from describing his multifarious achievements, the publication has given him the moniker ‘Doctor with a stethoscope’.
Dr Aggarwal was also acknowledged for his contribution to medicine by the Delhi Medical Association on Doctor’s Day which falls on 1st July every year. Apart from being a renowned cardiologist, Dr Aggarwal was instrumental in the genesis of The Sameer Malik Heart Care Foundation Fund. He also started a Grievance Cell at HCFI to address public concerns on heart health.
Speaking about this, Dr Aggarwal, who is also the Vice President of CMAAO, said, “I am thankful to both ET and DMA for having bestowed this recognition to me. I truly consider this as another opportunity to move forward in my pursuit for working towards developing sustainable modules for affordable health care in the country, which is an urgent need of the hour. For me, the fact that we prefix ‘Dr’ before our names and being given the nickname of ‘Doctor with a stethoscope’ is a sign that I am different. Doctor’s Day and these recognitions point to only one purpose – that of working on the principles of beneficence and non-maleficence. Apart from this, it is also a sound reminder that we shall always be available to take care of people’s sufferings. We doctors are eternally committed to this.”
Among his major achievements include successfully training 105,293 members of the public in Hands-only CPR 10. For this feat, Dr Aggarwal found a place in the Limca Book of World Records in three distinct categories.
Adding further, Dr Aggarwal, said, “A trained qualified medical doctor who has his understanding based on the mind, body and soul has nearly similar characteristics to that of God. He overcome miseries as soon as he touches the patient, gives immediate relief which starts at the time he gives a healing touch to the patient. A person who has achieved sainthood, who sees the same consciousness in everybody, treats individuals without caste, creed and religion and who overcome miseries of people irrespective of their age, status or paying capacity is God. Doctors fulfil these criteria as they have a duty to heal the sick irrespective of their caste, creed, race or financial status.”
Even the MCI Code of Ethics has said, “The prime object of the medical profession is to render service to humanity; reward or financial gain is a subordinate consideration (1.1.2).” The MCI Declaration, which a doctor is required to sign at the time of registration, also says “I will not permit considerations of religion, nationality, race, party politics or social standing to intervene between my duty and my patient (d).” Today with evidence-based medicine being the norm, mental and spiritual health has taken a backseat. This may be one reason why doctors are losing the status of God, which they were accorded since Vedic times. However, we should remember that doctors are messengers of God to remove miseries of the sick individuals and so should always act in the best interests of the patient.