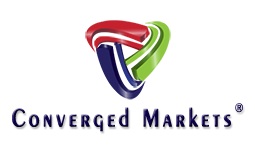 The packaging primarily involves keeping food safe, fresh, and flavorful for at least six months without refrigeration or preservatives. It allows food to retain more color, texture, taste, and nutrition. The process destroys and microorganisms that would otherwise contaminate the food, help keep it fresh for longer periods of time.

The global aseptic packaging market was valued at USD 40 billion in 2017 and is estimated to grow at a CAGR of 8% during the forecast period 2018 to 2025.

In terms of materials, the use of paper is estimated to achieve significant growth over the forecast period with an expected CAGR of 9.5%. The use of paper products is backed by concerns over ecological and sustainable packaging practices.

Development in alternative sources of deriving paper products and enhancing their strength has resulted in increasing demand for the material. The use of plastics is widely being condemned by governments, which may result in a gradual decline in the use of plastic materials over the years.

Asia-Pacific is expected to be the fastest growing region for aseptic packaging globally. The developing countries of India, China, and Japan have large populations with rising in the middle class and large-scale urbanization. The demand for packaged food and beverage is on the rise as the consumer awareness towards food safety and packaging is expected to influence the growth.

The increased presence of pharmaceutical companies in the region and their export commitment to other regions such as Europe and North America has prompted them to adopt aseptic packaging to comply with regulations.