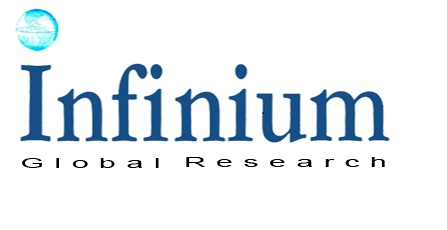 Get Free Sample Pages of this Premium Report: – https://www.infiniumglobalresearch.com/reports/sample-request/1355

Radiofrequency ablation is one of the most accepted treatment modality for many tumors .This method is most commonly used for treating tumors of the liver, lung, kidney and bone. However it has certain limitations that may hamper its efficacy in the new organ systems. Microwave energy may be able to overcome the technical limitations of RF energy. Microwave Ablation (MWA) is a form of thermal ablation used in interventional radiology to treat cancer. It uses electromagnetic waves in the microwave energy spectrum to produce tissue heating effects.  The technique allows for flexible approaches to treatment, including percutaneous, laparoscopic, and open surgical access. With imaging guidance, the tumor is localized and electromagnetic microwaves agitate water molecules in the surrounding tissue, producing friction and heat, thus inducing cellular death via coagulation necrosis.

The key factors responsible for the growth in this market includes increasing incidences of chronic diseases such as cancer and rising in geriatric population are responsible for driving growth in the microwave ablation system market. Old age people are more prone to develop tumors. Also microwave ablation systems are gaining popularity over conventional surgeries to treat or destroy cancerous cell, the use of ablation systems has many advantages over conventional surgeries that increases the demand for the microwave ablation system. However lack of awareness concerning microwave tissue ablation treatment and lack of skilled manpower acts as a hiccup to the market growth. Innovative technological advancements in ablation machines and developments in surgical techniques are expected to create growth opportunities in near future.

Geographically, North America has the highest market share in microwave ablation system market in 2017 while Europe is the second largest market. North America leads the market owing to increase in incidence of cancer among people mostly due to their consumption habits and presence of major leading manufacturers of microwave ablation system in this region. Asia pacific is expected to grow at highest CAGR during the forecast period owing to increase in healthcare infrastructure and rising awareness concerning treatment of tumors.

The report provides regional analysis covering geographies such as North America, Europe, Asia-Pacific, and Rest of the World. In this section the key trends and market size for each geography is provided over the period of 2016-2024. The countries covered in the North America region include the U.S., Canada, and Mexico; while Asia-Pacific includes China, Japan, India, South Korea, Malaysia, and among others. Moreover, Germany, U.K., France, Spain, and Rest of Europe are included in the European region. The U.S. drives the growth in the North America region as it is the largest market in the region. The Asia-pacific region offers a substantial potential for the market growth owing to rapid growth in markets such as India and China.  The APAC region is projected to experience a growth at a CAGR of x.x% over the period of 2018-2024.

Get Discount on this Report: https://www.infiniumglobalresearch.com/reports/request-discount/1355