Opportunities for the global aerospace electrical de-icing system market is expected to grow with a CAGR of 3.2% by 2023 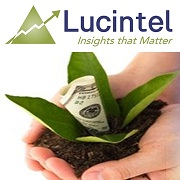