Solar Panels Market Estimated to Inflate with A Whooping CAGR of 20.18% By 2023; Asserts MRFR 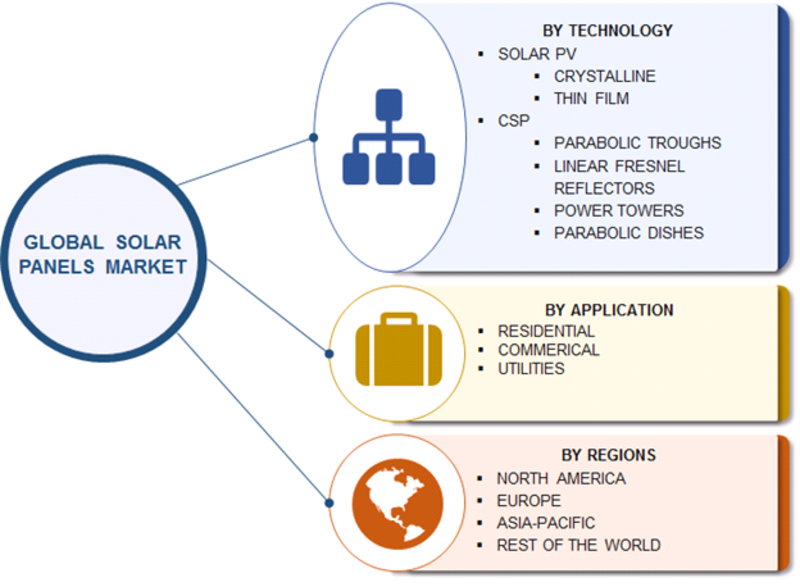 Pune, India, May 2018 /MRFR Press Release/- Solar Panels Market is expected to grow with the CAGR of approximately 20.18% during the forecast period.

The market is driven by various factors such as increase in solar systems installations and generous government initiatives and policies that support solar energy generation. This is mainly because, solar panel power generation is less polluting and produces less carbon emissions when compared with traditional conventional energy sources such as coal, oil and petroleum. Solar power generation is helping in the fight against climate change as well as it is acting as a source of power for remote and off grid areas where still millions of global population lives. However, the growth of the market can be hindered by the low power generation capacity of the solar panels and increasing stringent regulations on the land used for solar power generation sites.

A solar panel is a silicon based layered semiconductor module that can produce electricity from sun light. This photovoltaic effect is created by the flow of electrons inside the module, which can be maximized by the increased hours of exposure to sunlight. Solar panels have been dominating the renewable energy market in recent years because of the ability of solar power to reach grid parity as conventional energy resources and technological development.

Scope of the Report:

This study provides an overview of the global solar panels market, tracking three market segments across four geographic regions. The report studies key players, providing a six-year annual trend analysis that highlights market size, volume and share for North America, Europe, Asia Pacific (APAC) and Rest of the World (ROW). The report also provides a forecast, focusing on the market opportunities for the next six years for each region. The scope of the study segments the global solar panels market by its application, by module type, by technology and by regions.

The global solar panel market is increasing tremendously in influence of major drivers such as global environmental concerns, future energy supply security, increasing investment in clean energy, and low operating cost of a solar power plant. In the last five years (2011-2016), solar PV registered 34.1% average annual growth rate and CSP achieved 22%. Currently, the market for solar PV is bigger than CSP, mainly due to huge investment, research and development, and initiatives taken by the government. However, CSP technologies are expected to grow at a faster rate in future as new markets such as China, India, Brazil, Canada, Germany, and France open up. At the end of 2016, cumulative installed capacities of CSP and solar PV were 4.8 GW and 303 GW, respectively.

Have any query related to this report @ https://www.marketresearchfuture.com/enquiry/3237