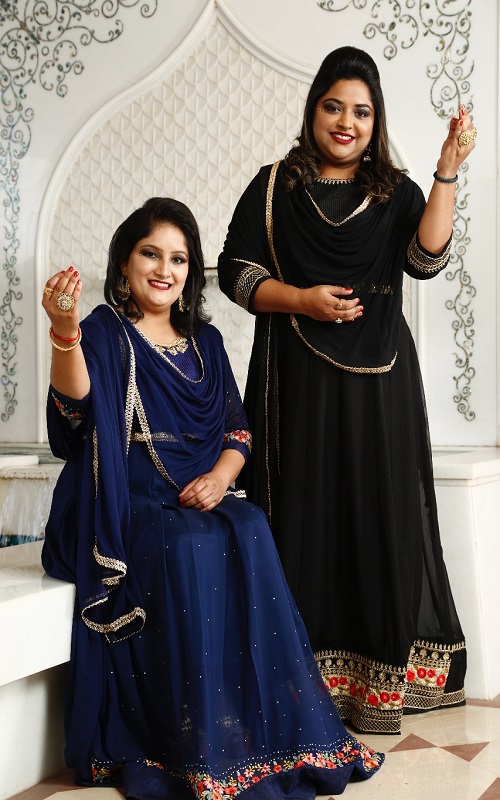 11th May, 2018, Gurgaon: Music is universal and this time Gurgaon will witness the Sufi melody from Roohani Sisters. 12th May 2018 is the day, when the people of the city can see the Roohani Sisters perform live in the DLF City Club. But, this time, this Sufi Evening is not only about melody and sonorous voice rather it has a cause behind it. This musical eve has been organized by Suburb, in association with Thalassemics India and sponsored by Honda 2 wheeers India, to create awareness about thalassemia. The objective of the event is to spread awareness about this Preventable Blood Disorder.
Thalassemia is an inherited blood disorder characterized by abnormal haemoglobin production. Even though ONE out of every THIRTY Indians is a carrier of Thalassemia, the awareness levels about this genetic disorder is very low even among masses. The primary objective of this event is to create awareness about Thalassemia, its cause, effects, and cure.
“In today’s world, the shared practice of music has become a vehicle for harmonic personal development, social awareness and serving as an invaluable educational and relationship-building tool. And if our music can help in raising awareness, it will be a blessing for us to perform on this eve. it will be a great opportunity for us to be a medium for such a thoughtful initiative,” said, Dr. Jagriti Luthra Prasanna and Dr. Neeta Pandey Negi.
Roohani Sisters have been performing at various national and international events and associating with such a noble cause is another feather in their hat. Coming from a musical background, Roohani Sisters have an inclination towards the Indian Classical music and their training and Phd. in the Indian Classical music has further improvised their singing.
SUBURB is a leading lifestyle& infotainment magazine in Gurgaon. Vineeta Jerath Grover, the founder of SUBURB, said “Besides highlighting the modern lifestyle of the people of this city, SUBURB has always extended its whole-hearted support in bringing social causes to the attention of the residents of Gurgaon and with this event , we wish to make music a medium of information and awareness for Thalassemia”.
Music binds people together; it has no religion; music comes from the heart and reaches the heart and thus, it becomes a powerful medium to propagate an ideology. This Thalassemia awareness generation event geared by the beautiful and melodious voice of Roohani Sisters will be able to create the much-needed awareness about this dreadful disease.
With 8th May as World Thalassemia Day, Roohani Sisters will be contributing their share of responsibility to generate awareness about Thalasseima in Gurgaon on 12th May at 7:30 PM in DLF Cyber Club-4.

ABOUT ROOHANI SISTERS
Jagriti Luthra Prasanna and Neeta Pandey Negi, popularly known as Roohani sisters, are the names that have become synonymous with Sufism in the modern era. These young, talented and mystical sufi singers have performed Sufiyana Qalams, Qawwali, Kafi and Ghazals in traditional style across India. However, they are known to have brought a new wave of improvisations in their singing by merging their music with various elements of Indian Classical Music such as Sargams, tans, bol-aalap, layakaari, bol baant etc. which makes their rendition even more conventional and appealing and instantly connects with the heart. Sufi, a spiritual, ecstatic, dynamic & powerful music that it is, when performed in perfect Jugalbandi by Roohani sisters, is an ultimate treat to the listeners.