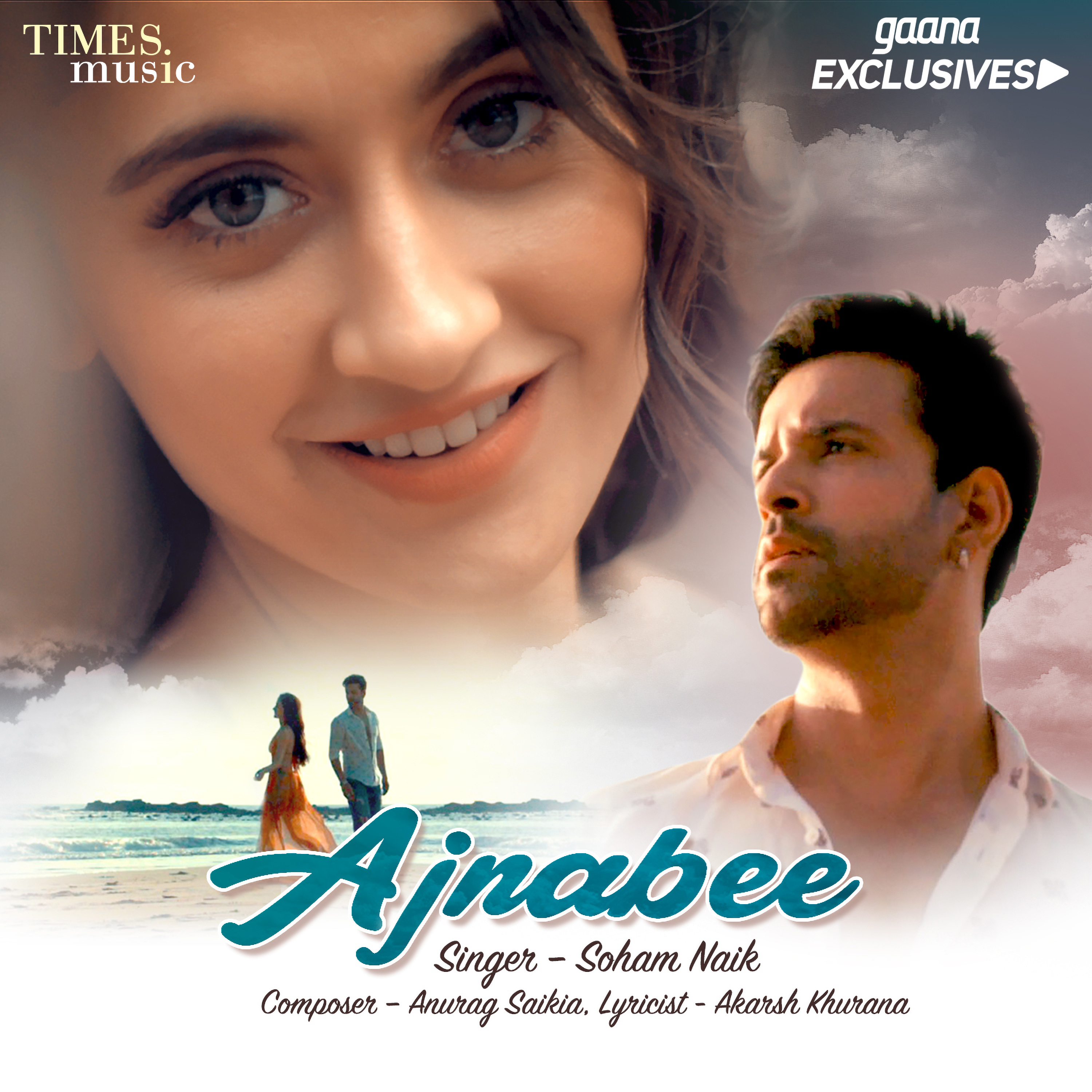 After the massive success of ‘Bas Ek Baar’, Soham Naik is back with a bang! Unveiling the song’s sequel – Ajnabee, he’s all set to mesmerize his audience once again with his soulful voice. A classic composition by Anurag Saikia, the video features the sensational ‘Bas Ek Baar’ reel and real-life couple Aamir Ali Malik and Sanjeeda Sheikh. The video is available on the Times Music YouTube channel.

Ajnabee is a romantic song that narrates the entire story of a man’s longing for the love of his life to come back. Moreover, Akarsh Khurana’s striking lyrics and Soham’s melodious voice will leave everyone enchanted and spellbound. Shot at a picturesque location with dense forest and pristine beaches, Aamir-Sanjeeda’s sizzling chemistry adds an eternal charm to the music video.

When asked about the song Soham Naik said, “I’m feeling great after recording this sequel song. When I first read the lyrics of Ajnabee, I was all pumped up to bring Anurag’s beautiful composition to life. I’m sure people will love this sequel even more.”

“After the success of Bas Ek Baar, I was sure Ajnabee would be the perfect sequel to the song. Soham has given a new angle to my composition, which is simply commendable. The entire team has put in their heart and soul in the making of the song, and we’re hoping to receive the same love and affection we got for Bas Ek Baar,” said Anurag Saikia.

“Looking at the success of Bas Ek Baar, I was just waiting for its sequel to happen. And, now it’s finally here. I’m hoping that our efforts will pay off well this time as well,” said Aamir Ali.

On this, Sanjeeda Sheikh said,“We are very glad to receive so much of love, support and appreciation for Bas Ek Baar. Now with the release of Ajnabee, both I and Aamir are all excited to see everyone’s response once again. Ajnabee is an amazing composition just like the previous one. And of course, Soham has again done a brilliant job”!

Anurag Saikia, is an Indian film score composer, music director and instrumentalist from Northeast India. He is the youngest composer to be awarded with “Rajat Kamal,” The National Film Award for the Best Non-Feature Film Music Direction. He has been lauded with several other prestigious awards, including Big Music Award 2010, Swarnabhoomi Academy of Music, Prag Cine Award 2013, Prag Cine Award 2017, Sailadhar Baruah Award 2017, Sher Choudhury Excellence Award 2017 and, Radio Gup Shup Award 2018 in the category of – Best Music Director. He was also nominated for the category of “Best Song” for ‘Bas Ek Baar’ in 10th Mirchi Music Awards and Best Song Producer(Programming & Arranging) in 9th Mirchi Music Awards for the film ‘Dangal.’