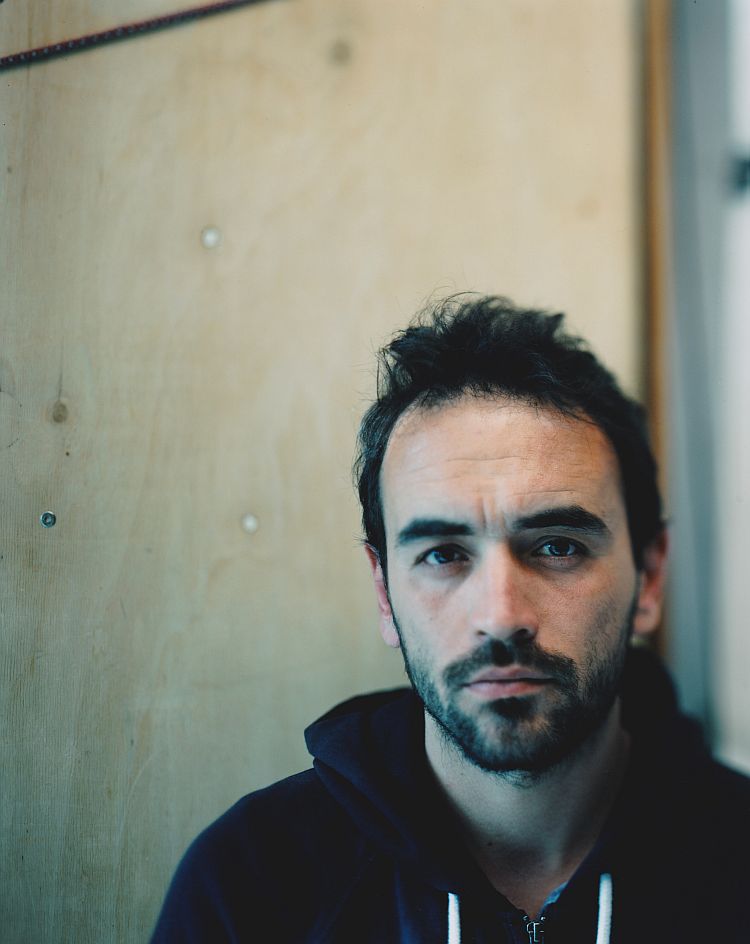 Die Photographische Sammlung/ SK Stiftung Kultur is pleased to announce that Francesco Neri has been selected as winner of the first August Sander Award, donated by Ulla Bartenbach and Prof. Dr. Kurt Bartenbach. The name of the award which will be presented every two years, refers, as many people know, to the important photographer August Sander (1876-1964). The August Sander Archive, and with it the photographer”s estate, has been part of Die Photographische Sammlung/SK Stiftung Kultur since 1992. The award aims to foster young, contemporary artistic approaches to objective and conceptual photography, with a special emphasis on portraying people. The first call for entries for this new award met with a resounding response, with over 160 submissions received from both Germany and abroad.

“Francesco Neri”s “Farmers” series greatly impressed us with its high artistic quality and photographic technique,” said the jury in its statement. “The portraits of farmers in Northern Italy are notable for a sensitively realized interplay between light, the surrounding space, and the personality of the sitter. In consistently pursuing his self-chosen theme by way of serial comparison, the artist has created a compendium of exceptional documentary value. Each motif develops its own arresting visual impact while profoundly evoking a moment in time, letting us share in a horizon of experience that also includes the photographic process itself.”

Francesco Neri is committed to the analogue photographic tradition. Neri is member and tutor at the AA School of Architecture in London/Photographic Visiting School program and professor for photography at the Institute of Graphic Design in Faenza. He prefers to use a large-format camera, making contact prints from 8″ x 10″ color negatives. This procedure calls for great concentration while taking the picture as well as a good command of the technology and a clear vision of the final composition. Neri is keenly aware of how every small nuance can change the impression made by an image, so that the light, background, and cropping take on paramount importance for him. At the same time, he manages intuitively to incorporate random occurrences in his shots. Neri lets his subjects be themselves, observing their body language and the poses they naturally assume while seeking eye contact.

Francesco Neri”s photographic portraits are shaped by a fundamentally humanist view of the world. Through his historical awareness and a close connection with the Northern Italian setting, where he himself grew up, the artist succeeds in the series “Farmers” in touching on universal social, economic, and societal themes, while also exploring individual life contexts and personalities.

Francesco Neri studied with Guido Guidi at the Accademia di Belle Arti in Ravenna. Neri is member and tutor at the AA School of Architecture in London/Photographic Visiting School program and professor for photography at the Institute of Graphic Design in Faenza. He has been working for over ten years on various long-term photographic projects, involving in particular portraits but also landscapes and interiors. His photographs have been presented in several solo and group shows since 2006. Images from the series that earned him the August Sander Award, “Farmers,” which Neri sees as an ongoing project, were featured at the Fotografia Festival di Roma in 2015, in the group exhibition “With Different Eyes: The Portrait in Contemporary Photography” at Die Photographische Sammlung/ SK Stiftung Kultur in Cologne and the Kunsthalle Nürnberg in 2016, and a group of his works is currently on view at the LVR LandesMuseum Bonn. Various portraits by Francesco Neri are featured in a group exhibition on the history of Italian portrait photography now being shown at the Italian Cultural Institute in New York.

Press images from the winner”s series can be downloaded using the following link: http://bit.ly/2pN0Ra3