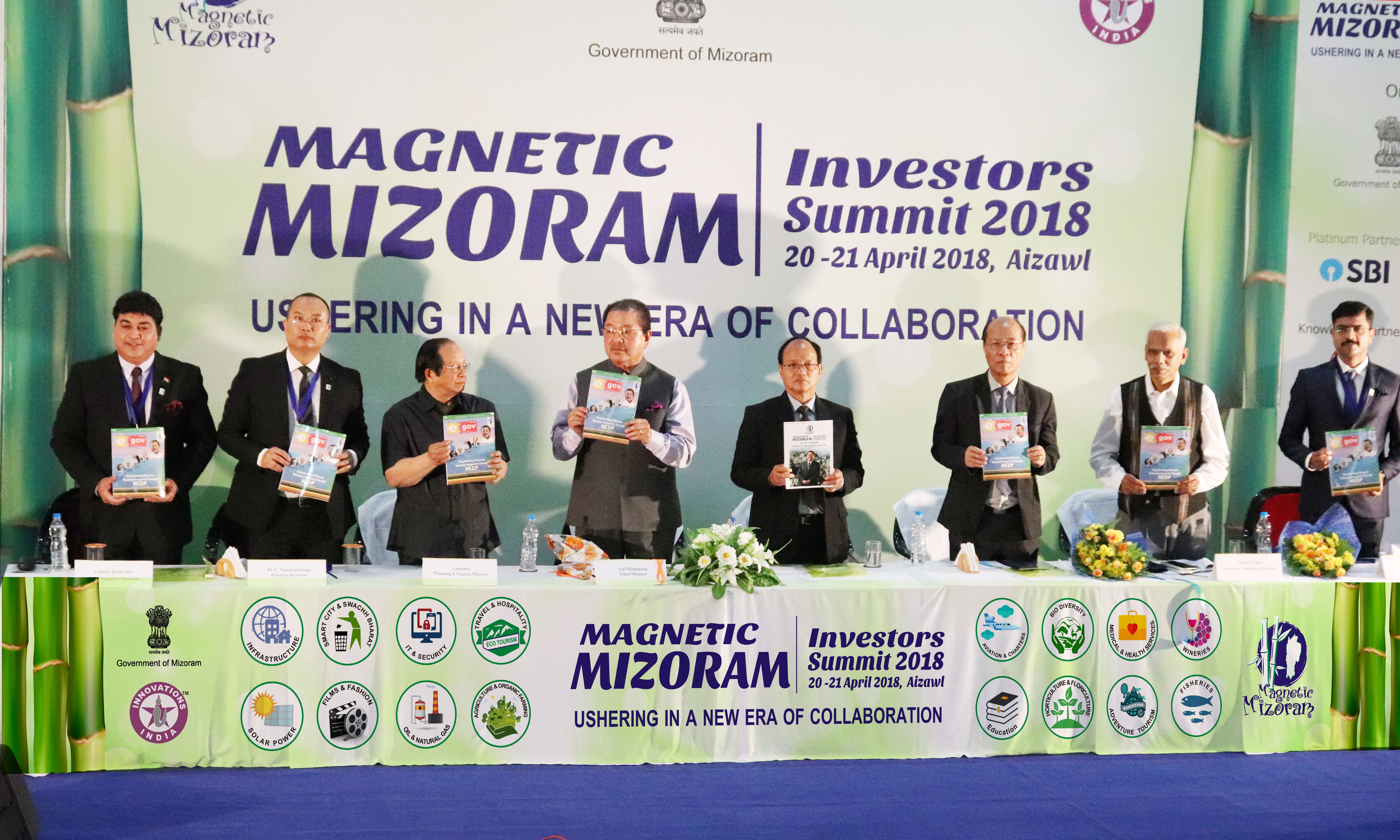 The first ever global business convention in Mizoram –The Magnetic Mizoram Investors Summit organized by the Government of Mizoram and its state partners Innovations India garnered immense response from the investors.
Pacts worth Rs 2,100 crores were signed in Solar Energy & Hospitality sectors. Speaking at the closing ceremony of a two day summit, Chief Minister Lal Thanhawla said, “The signing of pacts between the Mizoram Government and private companies for Rs 2,100 crore investments in Mizoram was an indication of the success of the summit.”
Rs. 600 crore projects for generating solar energy was signed between the Mizoram Government and Sungevity Enterprises, while Rs. 1,500 crore multifaceted hospitality project for creation of a Tourism destination and entertainment zone in Mizoram was signed between the Mizoram Government and Hospitality Doctor.
While expressing hope that both the state government and investors would benefit from the summit, Lal Thanhawla said that Mizoram is walking towards the path of development and measures are being underway to improve connectivity in the state to attract more investors.
He further stated that Mizoram would soon become an ideal place for investment as it will be a gateway and hub for border trade between India and South Asian countries. He also thanked all the delegates from different parts of India and abroad, who attended the two day summit in Aizawl.
The two day Magnetic Mizoram Investors Summit held at the picturesque Tourist Complex Convention Centre at Berawtlang on the outskirts of Aizawl was supported by State Bank of India, Airtel, NDTV Goodtimes, INDIA POST, ICFAI University, Leading Edge Adventures, IIM Kolkata, US India Strategic Partnership Forum and was attended by around 1,000 people including Investors & Industry leaders from India and abroad, Diplomats, Representatives of states and government, Senior policy makers, Leaders from the corporate world, Heads of International Institutions, Policy makers, Academicians and Local Entrepreneurs.
The summit also marked the presence of Home Minister Sh.R. Lalzirliana, Finance Minister Sh. Lal Sawta, Industry & Commerce Minister Sh. H. Rohluna, Secretary Ministry of DoNER Sh. Naveen Verma, OSD(states) Ministry of External Affairs Sh. MLK Raja as well as almost all top bureaucrats of Mizoram.
Captain Rahul Bali, CEO of Magnetic Mizoram Investors Summit said, “It’s indeed very heartening to see the overwhelming response and participation at this ambitious endeavor of ours. The convergence of so many Industry leaders from across the Business world testifies that Mizoram is the new hub for business and investments. The Summit has provided us with a strong impetus on our way to development ”

A total of 6 technical sessions and panel discussions by distinguished panelists with active participation of delegates from India and various countries like Germany, Russia, Poland and Singapore were conducted during the two-day summit that became a platform for deliberation on investments, new projects and to promote business cooperation across various sectors of trade and industry in Mizoram.