Keeping alive the magic of Kathak 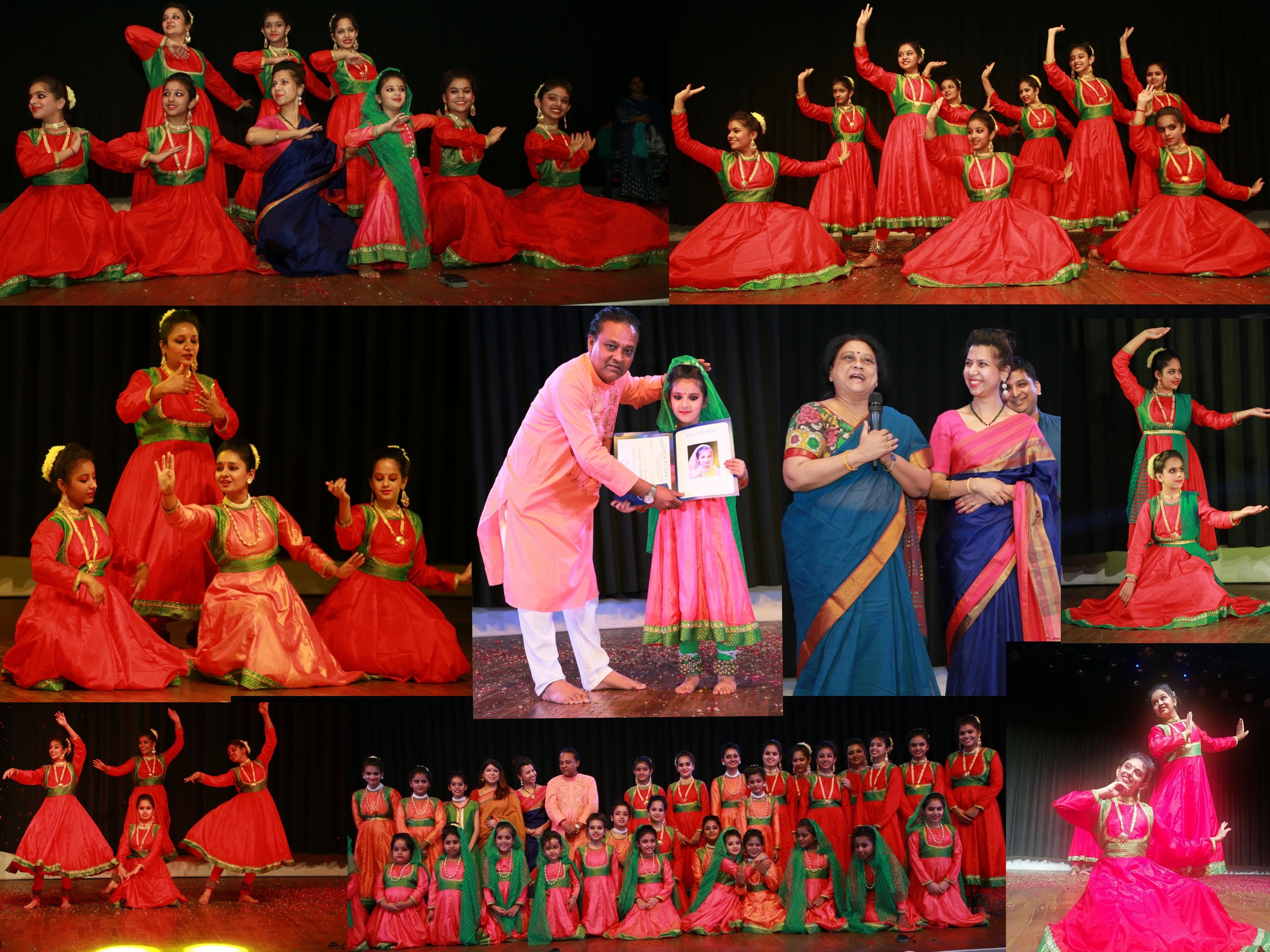 Dhriti Nritya Academy, a Delhi based organization is on a mission to keep the India’s oldest dance forms alive. The academy in its flagship event UDYAM tries to take Kathak to a larger audience with a mission to involve more and more people with the beautiful art form which is Kathak. In an event held yesterday at CSOI, with the theme of showing different shades of Kathak, Acclaimed dancer and Kathak exponent Smt. Vaswati Misra graced the occasion and appreciated the efforts being made by the founder of the organization Smt. Smiti Negi. Vaswati ji said “ Smiti is not only my talented student but also like a daughter to me”

She also added that “ I am so glad that she swam against the tide and left her successful corporate career and have come back to world of dance, which in itself is so fulfilling”

Also, present at the event was eminent tabla maestro Debashish Adhikari who praised the efforts laid by the young and energetic girls of the Academy. He said “I have travelled across world and I can proudly say, Smiti Ji is one of the very few who has wholeheartedly dedicated to teaching Kathak with lot of pride and passion. I always look forward seeing Dhritian’s dance as they carry lot of energy and pride ” .

Starting from basics of Kathak to the various displays of Teen Taal, Jhaptaal, Chakkars, Thumri and Tarana.

As Smt Smiti mentioned “Kathak means display of a story or Katha. Definition itself makes it a liberating dance form which does not restrict the dancer to display any story, emotion or format. My Dhritians can do anything with Kathak”. True to her words, her disciples mesmerized the Audience when they did Kathak with Basketball and martial arts in a blend of Western and Arabic music with various Kathak tukde.

DNA this year also awarded “Inspirational Youth Award” to Mr. Akash Yadav, an Animal Philanthropist for his exceptional work in protection of endangered Indigenous Indian cow breed of Sailwal. Mr. Akash emphasized on Parent’s and family support required when their Child finds his calling in non-conventional field. He was also in awe with the show, He said “ What a Show! I never knew Kathak can be so enthralling. I know how much dedication and hardwork is required to chase a dream in non-conventional field and I am so honored to be recognized today and would like to Thank Smiti mam and Capt. Rahul sir for recognizing my work”.

Capt. Rahul Negi, Husband of Smt. Smiti and Co- founder of DNA said “ Over the years while running academy, we realized apart from giving quality Kathak education, it is not only important but our moral duty of ours to set right inspiration of next generation and as a little effort this year, we identified a youth inspiration for our Dhritians.”

Marquee event of Udyam was “Spirit of Dhriti” where Kathak was done in Shadow dance format with fog effect took the audience to dreamy sequence. “Once more” chant from audience was in itself the biggest compliment to performers.