“Facing India” from April 29, 2018 in the Kunstmuseum Wolfsburg 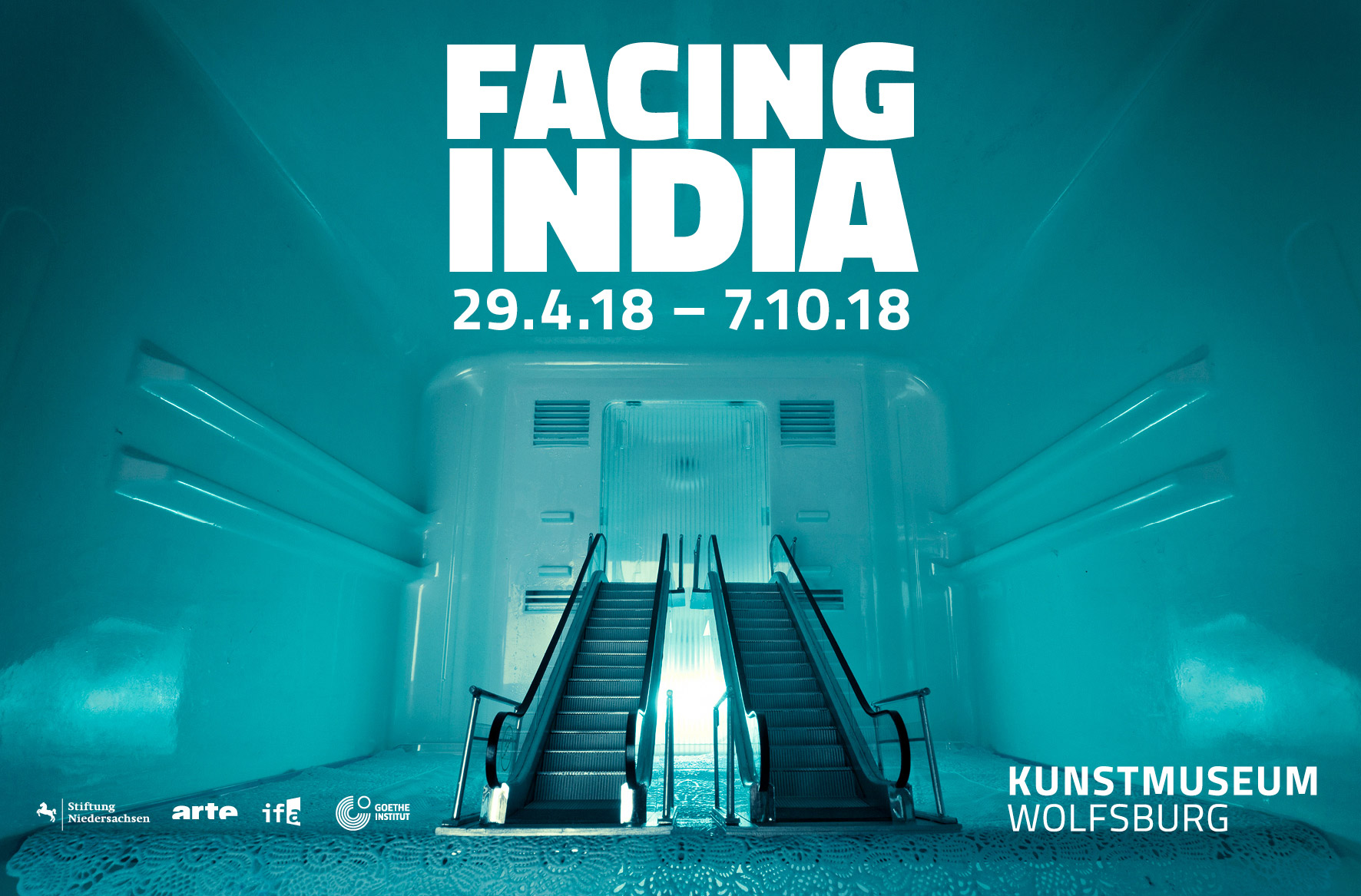 Although women and men have equal legal status, Indian society is profoundly marked by patriarchy. India finds itself in a state of fundamental social change, yet it remains torn between the poles of tradition and progress – and in this field of tension, women are still strongly disadvantaged. The rapid development of urban India thus runs contrary to the living conditions in rural areas. Countless ethnicities, castes, languages, cultures, religions, and philosophies form an ostensibly pluralistic society, in which identity is defined by differentiation from the respective other. The social structure of India thus reflects that of our global community as a whole, which basically struggles with the same issues.

“Facing India” examines the question of how one”s own national history, present, and future manifest themselves from a female point of view. In their multimedia works, Vibha Galhotra, Bharti Kher, Prajakta Potnis, Reena Saini Kallat, Mithu Sen, and Tejal Shah shift attention towards historical and contemporary conflicts. Poetic, metaphorical, and quiet, but also radical, direct, and loud – they question borders of all kinds, be these political, territorial, ecological, religious, social, personal, or gender-based. The history of these borders, their visibility and invisibility, their legitimacy, and not seldom their dissolution are the themes of the works presented in “Facing India”. The exhibition focuses on six positions in order to present these more comprehensively. Socialized and educated in an increasingly globalized world, these women artists no longer limit their “border controls” solely to India, but rather reach out into other countries and continents. The state, society, and the individual, as well as questions regarding identity and the environment, are critically examined. Nevertheless, as broad as their range of topics may be, explicit and implicit references to the presence of the feminine and the position of women, as well as solidarity and empathy, are recurring themes throughout the exhibition.

“Facing India” was developed out of a continuing dialog with the artists and reflects a kind of collective plea for communication and the notion of unity in diversity beyond pigeonhole thinking and caste mentality. The exhibition architecture incorporates these ideas. Each of the six artists has her own separate exhibition space, which are arranged to provide clear visual relations to each other. The center of the exhibition is an open communication forum, which allows the visitor a view in all directions – both literally and metaphorically.

Catalog
The catalog, edited by Ralf Beil and Uta Ruhkamp in separate German and English versions, with a preface by Ralf Beil and an introduction by Uta Ruhkamp, essays by Urvashi Butalia, head of the feminist publishing house Zubaan, and Roobina Karode, director of the Kiran Nadar Museum of Art in New Delhi and Noida, as well as in-depth interviews with all six artists conducted by Uta Ruhkamp. Hatje Cantz Publishers, 240 pages with 150 illustrations, 24 x 31 cm, hardcover, 38 € in the museum shop.