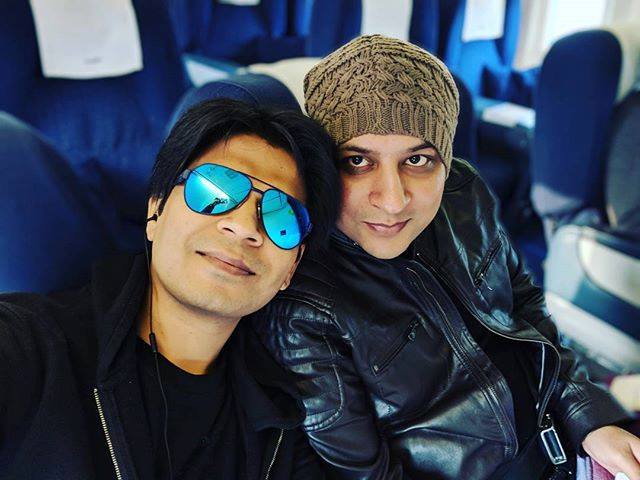 Singer Ankit Tiwari owes his success to his younger brother, Ankur Tiwari. His career chart shows that his brother has a major contribution in the making of this star. The singer says that Ankur has always encouraged him, been his biggest strength and believed in him from the very first day.

Talking about his brother in a recent interview, Ankit Tiwari revealed that his brother has been quite instrumental in his success. “Ankur (Tiwari) has been my biggest strength. Had it not been for him, I would’ve never reached the heights that I am at now,” explained the singer.

Hailing from Kanpur, Ankit Tiwari always had great passion for music. However, his parents wanted their son to complete his education before choosing a more mainstream career path. It was his brother Ankur Tiwari who supported him and changed the stance of their parents.

“While our parents wanted me to complete my education first, Ankur persuaded them to fulfill my desire. To pursue a career in music, this initiation was what I really needed. I am really grateful to my brother for being my biggest strength,” stated Singer Ankit Tiwari.

Honing his skills in music, Ankit Tiwari completed his formal training in classical music under the mentorship of Vinod Kumar Dwivedi. He also pursued professional training in piano, Dhrupad, and western vocals. Later, Ankit moved to Mumbai and was accompanied by his brother. Singer Ankit Tiwari successfully redefined the genre of romantic song with his back-to-back hits. He composed super-hit songs for the movies like Saheb, Biwi Aur Gangster, Issaq, Purani Jeans, Alone, Khamoshiyan, Roy, All Is Well, Ishqedarriyaan, Bhaag Johnny, Yaara Silly Silly, Airlift, Sanam Teri Kasam, Sanam Re, Rocky Handsome, Rustom, and Baaghi. He bagged more than 30 national international awards including Filmfare, IIFA, Zee Cine, Stardust, BIG Star Entertainment, GiMA and Mirchi Music. It is a lesser known fact that Ankit Tiwari’s brother—Ankur Tiwari is the architect behind the captivating visual and audio aesthetics of Bollywood superhits like Badtameez and Tum Hardafa Ho, composed by him.

At the time when Ankit Tiwari was striving to establish himself as a successful singer, his brother supported him as his manager. Later, this fiery duo went ahead and launched one of the most successful celebrity management companies in the industry, Brotherhood Entertainment Pvt Ltd in 2013. Looking at the trail of success, this awesome twosome is sure to have a bright future ahead.