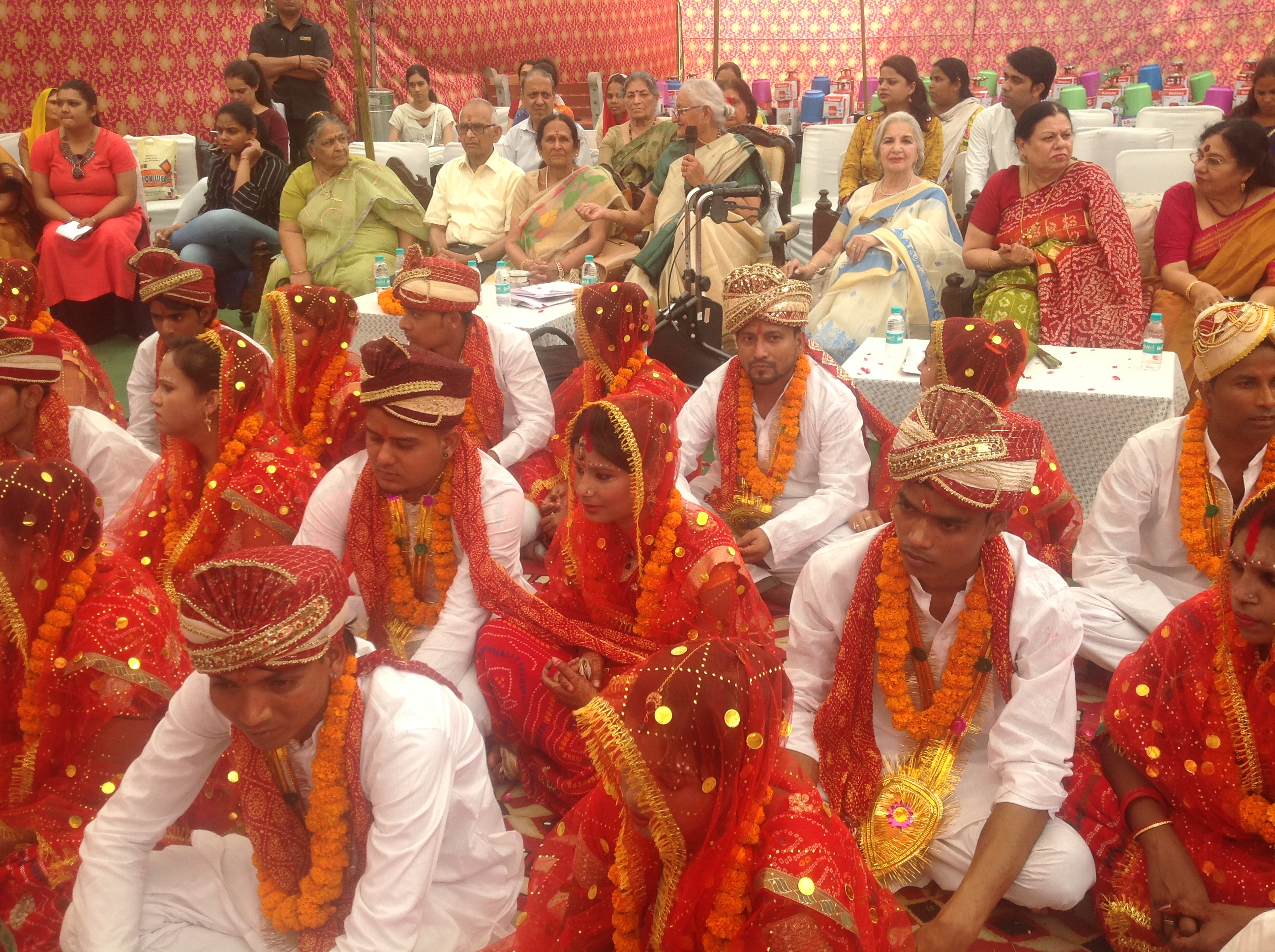 New Delhi: A Massive marriage was held on 5th April 2018 where over 50 brides were seen in colourful ethnic attire and ornate jewellery performing their wedding rituals at Qutub Institutional Area, New Delhi. The mass wedding where many underprivileged couples tied the knots was organized by Guild For Service, an organization which works to enlighten the lives of women going through the hard phases of life.

Many helping hands were in support to make this event a success and the team was greatly thankful to the youngsters voluntarily contributing to the event. Kartikeya Goel, a sixteen-year young enthusiast and dynamic student of Class X – DPS Vasant Kunj contributed the best of his efforts for this social cause. The essence of humanity is granted in heritage sometimes irrespective of the age. “It really feels great when youngsters or teens stand in support for social change.” Said Dr Mohini Giri, Founder, Guild For Service

The event not only displayed humanity but also showed the Nation’s secularism, with ‘Unity in Diversity’. Along with the Hindu rituals, an Islamic Wedding was also performed simultaneously. Moreover, there were 8 women who were remarried and 1 differently-abled couple was there.

The couples were given wedding attires and essential household items to initiate their new lives. ‘The Family Planning Council’ also provided lectures on family planning and ways to avoid domestic violence. The newlywed couples were also explained about the real meaning of getting married. While both husband and wife work, a bond of understanding should be made such that they should share the household work equally and work together at home as well.

Looking at the Indian weddings, which are famous for their lavish scale with multi-course feasts, decorated horses, brass bands and huge tents to entertain hundreds or even thousands of guests which needs a lot of effort and expenses which most of the time exceeds the pocket. Since, a girl is born, her parents worry for bidding her the wedding farewell in the best possible way and the challenges worsen more if the parents are from a low socio-economic background. The services provided by Guild for Service has defied the social stigmas and has placed an exemplary display to the society. This mass marriage is an empowerment to humanity and also creates a voice of change against the orthodox mind set.

Apart from the dowry, our society faces the issue of inter-caste, inter-religion and remarriage for widows as well. Female feticides have though subsided, needs to be completely curbed even from villages as well. A sound message to the society will surely have an impact on the importance of women ‘in & for’ the Society. Raise your voice for the noble cause, “we can’t help everyone, but everyone can help someone.” Said Kartikeya quoting Mr. Ronald Reagan.