Advertise to Niche and Ethnic Audiences in Australia with adStartr 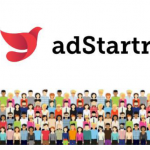 BRISBANE, September 18, 2020 – Advertisers can finally reach niche and ethnic audiences in Australia, thanks to adStartr’s new catalogue of ad space. With adStartr, brands, non-profits, and governments can advertise to Australia’s ethnic communities easily and in the right language. This platform removes the logistical and language barriers that usually prevent campaigns from penetrating multicultural Australia.

As an entrepreneur, adStartr founder Bipul Kafley has experienced the frustration of trying to run targeted advertising campaigns to ethnic communities in Australia. “Advertising to a narrow – often local – audience gives the highest ROI, but there are language barriers, and a lot of manual research,” says Kafley.

Kafley’s adStartr is an online marketplace where all this research has already been done for you. You can find ad cost, audience analysis, distribution, publication dates, and ad formats in one place. You can also place your own ads in a visual editor and translate them into six different languages.

A Boost for Diversity in Advertising

In August, Media Diversity Australia released an alarming report on the lack of diversity in Australian media (Who Gets to Tell Australian Stories, 17th Aug 2020). “As a media startup, adStartr will address the lack of inclusivity and translation barriers in the existing advertising sector,” says Federal MP Julian Simmonds.

The office of Queensland Senator Murray Watt has also applauded the initiative. “adStartr looks to connect the many different multicultural communities in Australia with each other, and with the rest of the world,” says Rowan Holzberger. “Australia is one of the most successful multicultural nations in the world. It is vital we unlock our human capital – not just to celebrate what we are, but to realise our full economic potential.”

In addition to ethnic groups, adStartr helps advertisers to reach other highly specific communities. They can reach the LGBTQ community in the USA via Out In Jersey magazine, for example. Alternatively, they can target specific geographic areas with Moove Media.

Do You Have Ad Space?

adStartr is an online marketplace where advertisers can place ads in niche independent publications with a few clicks. The platform is home to a series of ethnic media outlets. With adStartr, advertisers can reach the Arabic, Bangladesh, Korean, Chinese, and Indian communities in Australia directly.