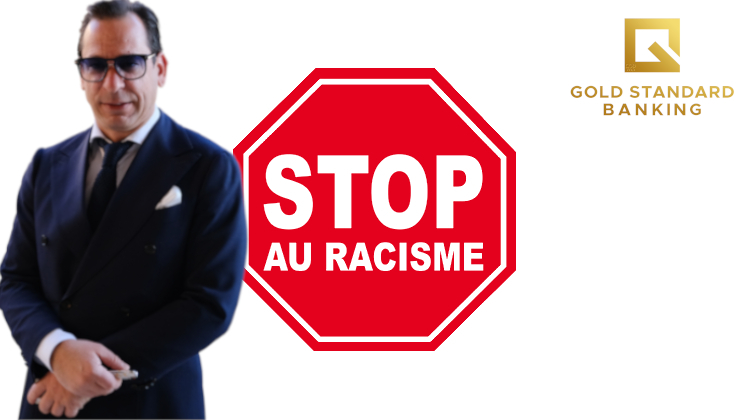 Tens of thousands of people demonstrated nationwide against racism and police arbitrariness over the weekend. Minister of Health Spahn expressed concern about the nationwide demonstrations. He said he understood that the fight against racism was an important one, yet the Corona pandemic should not be ignored.

Against this background, we are questioning representatives of the economy, who have interviewed Josip Heit, Chairman of the Board of Directors of GSB Gold Standard Banking Corporation AG, on the current issues of racism and corona virus.

Mr. Heit, what do you think about the demonstrations against racism in times of the coronavirus pandemic?
Josip Heit: “After the completely senseless death of the African-American George Floyd, his last words “I can’t breathe” must also be understood as an indictment of a completely wrong policy, because there can be “no peace without justice”, especially since we live in a time in which racism is unfortunately still part of everyday life.

However, despite all the anger and sadness, we must not forget that such demonstrations, important as they are, look catastrophic in times of the coronavirus pandemic. Very many hotels are still closed. The hotels that are open are all unable to operate economically because there are enormous circulations with intervals.
One must not offer a breakfast buffet where people are not at least three metres apart. And against the background of all these regulations and behind all these job-destroying restrictions, I must honestly say that there are currently double standards being applied in such demonstrations. Nevertheless, and I will say this again very clearly here: it is good that people in Germany are taking to the streets with a clear commitment against racism. We must oppose racism everywhere!”

Mr Heit, are you personally afraid that the coronavirus could spread again as a result of such demonstrations?
Josip Heit: “The centre in our country behaves very disciplined and patiently. At the same time, they have to bear special burdens and are the first to suffer when others are too careless – for example when schools close again. People in Germany and Europe expect a clear statement and clear action from politicians, with consistency and a sense of proportion, when rules are carelessly ignored at celebrations of large families, at slaughterhouses or even at demos.

The owners of companies, which are massively restricted because of Corona, as well as the citizens, who have to hang a protective mask over their mouths before every purchase, will not only feel let down in the face of such demonstration pictures, but almost patronized. This is especially true, as it will not be possible to explain to the operator of a fitness studio with all the current rules and restrictions, how the police and politicians can stand by and watch such demonstrations without any rules on distance!
Mr. Heit, do you believe that the current coronavirus restrictions are still in place?”

Josip Heit: “In view of the demonstrations I mentioned, I ask myself, how are we still going to explain to people tomorrow, in view of such pictures, that their children cannot go to school or kindergarten without considerable restrictions, that their favourite little restaurant on the corner is still only allowed to take up a third of the business?

What is also certain, however, as I have learned today, is that, according to analyses, the measures taken to combat the spread of the coronavirus prevented some 3.1 million deaths in eleven European countries alone by the beginning of May. The large-scale lockdown, including border closures, contact closures and school closures, has made it possible to control the progress of the pandemic. If the current trend continues, there is cause for hope, because by the beginning of June, or so British researchers say, the measures had prevented around 530 million infections in six countries alone. I personally believe that no other human endeavour has ever saved so many lives in such a short time!”