Josip Heit on business and science in the Corona crisis 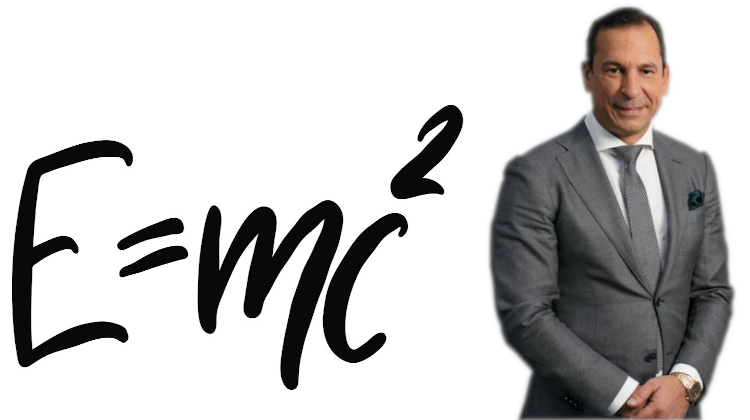 Josip Heit is one of Germany’s corporate bosses. As Chairman of the Board of Directors of GSB Gold Standard Banking Corporation AG, based at the Port of Hamburg, he is asked in a recent interview, as several company directors of DAX-listed companies are, what makes science and research so certain about the coronavirus and its spread, in combination with the consequences for the economy, and what needs to be done to counteract a looming recession?

Mr. Heit, how do you see the impact on the German economy and what do you think of the measures taken?
“As few bankruptcies as possible, as few job losses as possible. In my opinion, this is the goal of the billion-euro policy of the German government and leadership of Dr. Angela Merkel, whom I greatly appreciate for her great services to Germany, in the Corona pandemic and it is a good strategy.

Tax policy could also play an important role in this. Practically all over the world, we are experiencing an unprecedented situation: drastic measures are being taken worldwide to combat what appears to be an imminent epidemic. In Germany, for example, many basic rights have been restricted as comprehensively as never before in the history of the Federal Republic of Germany.
In the current situation, measures are required which are certainly not always popular, but which appear to be at least necessary at present. Nevertheless, I have to tell you that, for all the joy I have felt over the first good measures, there are two sides to the coin in commercial terms. One is that thanks to short-time working, companies can quickly reduce their personnel costs to virtually zero, and the rest is problematic. The second side is, let’s just assume that a company makes a turnover of 100 million euros in order to make a profit of five million euros, and it has six percent fixed costs, which continue to run steadily despite the Corona shutdown. Then a company must continue to pay six million euros – the 112,500 euros via loss carryback unfortunately does not help much here.”
Mr. Heit, what do you think we should do?

“Well, instead of the 15 percent, you should consider the entire profit from the previous year. One could even go further and not only consider the profit from the previous year, but go back even further. In order to prevent the sums from increasing immeasurably, one could set maximum limits. This would benefit companies with a sound business model, because this would only help those who have already taxed profits.
Moreover, fraud is not possible because the German tax offices know their customers, i.e. the companies and their account data. This would eliminate the need for banks to act as intermediaries and the state would help directly and quickly. An important point to note is that with this model, the state only pays out the taxes earlier in the end, which it would not have received later anyway due to clear losses.

And unfortunately I must also say that helping small companies now, which are already up to their neck in water before the Corona crisis, will in my opinion neither help the German state nor its citizens. The solvency of companies that have been up to their noses in this very same water because of the crisis is a mistake that will not pay off either in terms of economic policy or in terms of voter favour. It is better to concentrate on healthy companies that will continue to generate sustainable taxes in the future!
Mr. Heit, what do you think about the role of science in the current crisis?

“Politicians around the world are advised by numerous virological experts. One could sometimes think that the need for dramatic interventions in our basic rights is well justified by sound science. However, if one looks soberly at research methods and statistics of experienced scientists on the scientific basis of what justifies the drastic measures, I have strong doubts. I think that what is needed is a united, globally coordinated effort, not the currently visible small-scale statism, which in the end does not help anyone, especially not in terms of time!
In my view, the figures reported on new infections dramatically overestimate the true spread of the coronavirus. The observed rapid increase in new infections is almost exclusively due to the fact that the number of tests has increased rapidly over time. According to the analysis of our technical department at GSB Gold Standard Banking Corporation AG, at least according to officially reported figures, there has never actually been an exponential spread of the coronavirus!

Mr. Heit what do you personally do to relax in the Corona crisis?
“Well, I asked myself last weekend, where else should an entrepreneur plagued by bumpy video conferences, visiting bans or other Corona trouble go when he is looking for distraction or relaxation? To a cafe? A museum? Shopping? It’s all closed, or you have to wear a mouth guard. Arbor Day was established by the United Nations on November 27, 1951. The German “Day of the Tree” was first celebrated on April 25, 1952, as was last weekend. So I fled to where it has always been easy to breathe: to dear Mother Nature…”