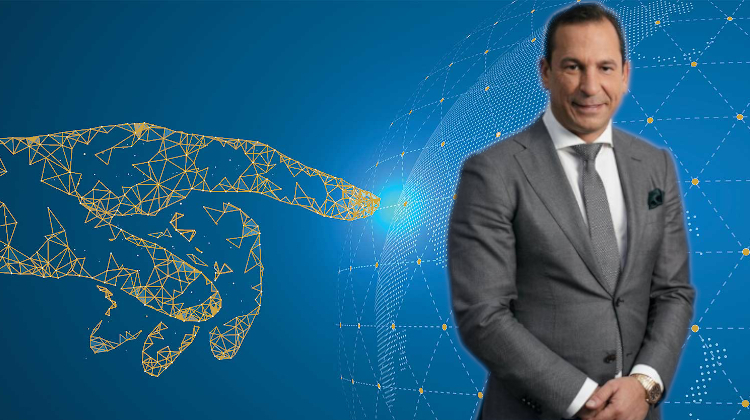 Mr. Heit, how do you see the current digitalization?
“The Corona crisis shows me in a brutal way what has been missed over the past ten years, whether in schools or even in digital administration. I think it is the right time to attack the manifold problems, especially now and with full steam. In particular, the digitisation of local authorities should no longer be left to chance or even to the economic welfare of companies that have bought mobile phone licences at auction.

Especially in rural areas, where the fast network is particularly needed, many German communities are lagging behind. In addition, I have been hearing for months now from business friends that mayors of municipalities are complaining about too much bureaucracy and, above all, a lack of funds. I even go a step further and say that the currently disastrous corona pandemic could make this even more difficult, because the corona crisis will cause tax revenues to fall away, so that even more money for digitalisation will be lacking. It has been known in business circles for months that smaller communities in particular are having great difficulty applying for subsidies.

What is a common standard in Asian countries has been neglected in the Federal Republic of Germany, by politics and business – it was criminally neglected to take citizens with it in the digitisation process”.

Mr. Heit, what is GSB Gold Standard Banking Corporation AG doing in the field of digitization?
“We have been trying for a long time to reach citizens who have not yet used the Internet for themselves. We have developed our own smartphones and notebooks based on the blockchain technology standard. In doing so, we have attached great importance to making the offer as low-threshold as possible and understandable for everyone.

We mainly use block chain technology, because with block chain technology you can’t hide anything, the decentralization of block chain guarantees complete transparency, so that investors can see how, when and where, for example precious metal was produced, even who was involved in each step of its production. A “block chain”, you must know, is a continuously expandable list of data sets, also called “blocks”, which are linked together by cryptographic methods. We also use so-called on-site or satellite systems, which we use in mining, not only for geological deposits to search for gold deposits.

GSB has several affiliated companies in whose structure raw material deposits, such as rare earths and minerals, are located all over the world, which refine these mineral resources responsibly and above all sustainably as valuable resources in their own factories. We cooperate with these companies to a high degree digitally and, especially during the Corona crisis, use encrypted data transmissions to hold video conferences.

Last Friday evening I could see that Germany has embarrassing deficits in this area as well. For example, Chancellor Dr. Angela Merkel took part in a video conference of the World Health Organization (WHO) on the situation of the coronavirus pandemic. When it was Chancellor Merkel’s turn, it didn’t work out, the connection was simply broken. Tedros Adhanom Ghebreyesus, the Director General of the World Health Organization tried to help, while the irritation about the technical deficiency, Angela Merkel was more than obvious.
I am not criticising him for this, but he reminds us that the Federal Republic of Germany must make a major effort, so that the Federal Minister of Economics, Peter Altmaier, will never again have to be ashamed of German mobile phone reception. Don’t forget, in his own words, expressed in an interview, Federal Minister of Economics Peter Altmaier has forbidden his office to connect him with foreign ministerial colleagues on car journeys, because he would be totally embarrassed if he had to call three or four times again because he would fly off the net each time.”

Mr Heit, what is your hope for the future?
“Well, I’m an advocate for the future, but there’s always a great deal of hope here. At the moment I think it is one of the biggest embarrassments of Germany as a technology location that 99 out of a hundred mobile phone users are now convinced that 4G is constantly breaking down.