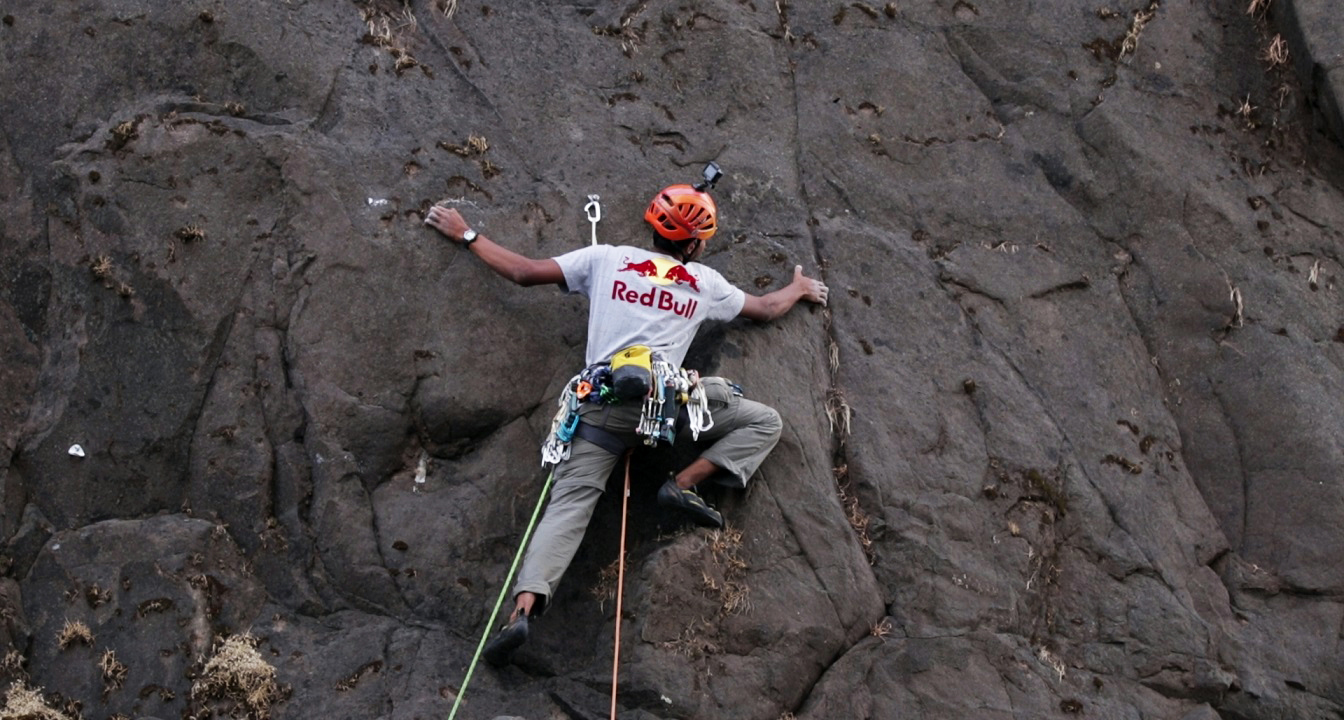 Bouldering sensation Tuhin Satarkar pushed his limits on a project that had not been attempted before. The climber from Pune scaled three routes consecutively in the treacherous Sahayadri Mountain Range in 8 days in November, becoming the first individual Indian to consecutively climb these routes.

Red Bull athlete Tuhin Satarkar is from the finest of Indian’s current generation of climbers. Inspired by his parents, who were both climbers, Tuhin took to the vertical sport at the age of eight and has been pushing boundaries ever since.

His approach to climbing has been to expand the sport and make it more inclusive with every project he attempts. He has also been travelling to previously untouched climbing destination to send them and open new climbing routes around the country as a true pioneer in his field.

From his bouldering project in the Gujarat town of Idar in the Aravalli mountain range to his road trips to Chhatru and Rakchham in north India, Tuhin has been showcasing India’s untapped potential as an international climbing destination.

His latest project has been closer to home and one that is close to his heart as well. He set out to climb three peaks in the Sahayadri Mountains on a 8 day climbing trip. It was a true test of endurance, speed and invention as he studied the rock faces, set the route, successfully executed the climbs, and moved on to the next destination all within the 8 days he set out to complete the project.

His project took him to Dhodap, Jivdhan and Naneghat, three famous peaks which are known to have been ascended by Chatrapati Shivaji Maharaj and his Marathi Mavlas. According to legend, the Maratha king and his troops would climb these routes using primitive equipment and launch surprise attacks on the Mughals and other invaders.

With this project, Tuhin became the first individual Indian to consecutively climb these routes, proving that they can be scaled by anyone looking for a new challenge in India’s climbing circuit.

Tuhin Satarkar said about the climb, “The Sahayadri range is an extremely daunting mountain range. Being a Maharashtrian, I am excited to pay tribute to Chatrapati Shivaji Maharaj and his band of Marathi Mavlas. I would like to thank Red Bull for their continued support. It has been an exciting test for me – three climbs, across three forts in 8 days is definitely a challenge. This has definitely been an experience which pushed me to my limits, and one that I have thoroughly enjoyed!”