The Iconic ‘Seedhi Baat’ makes a comeback on Aaj Tak 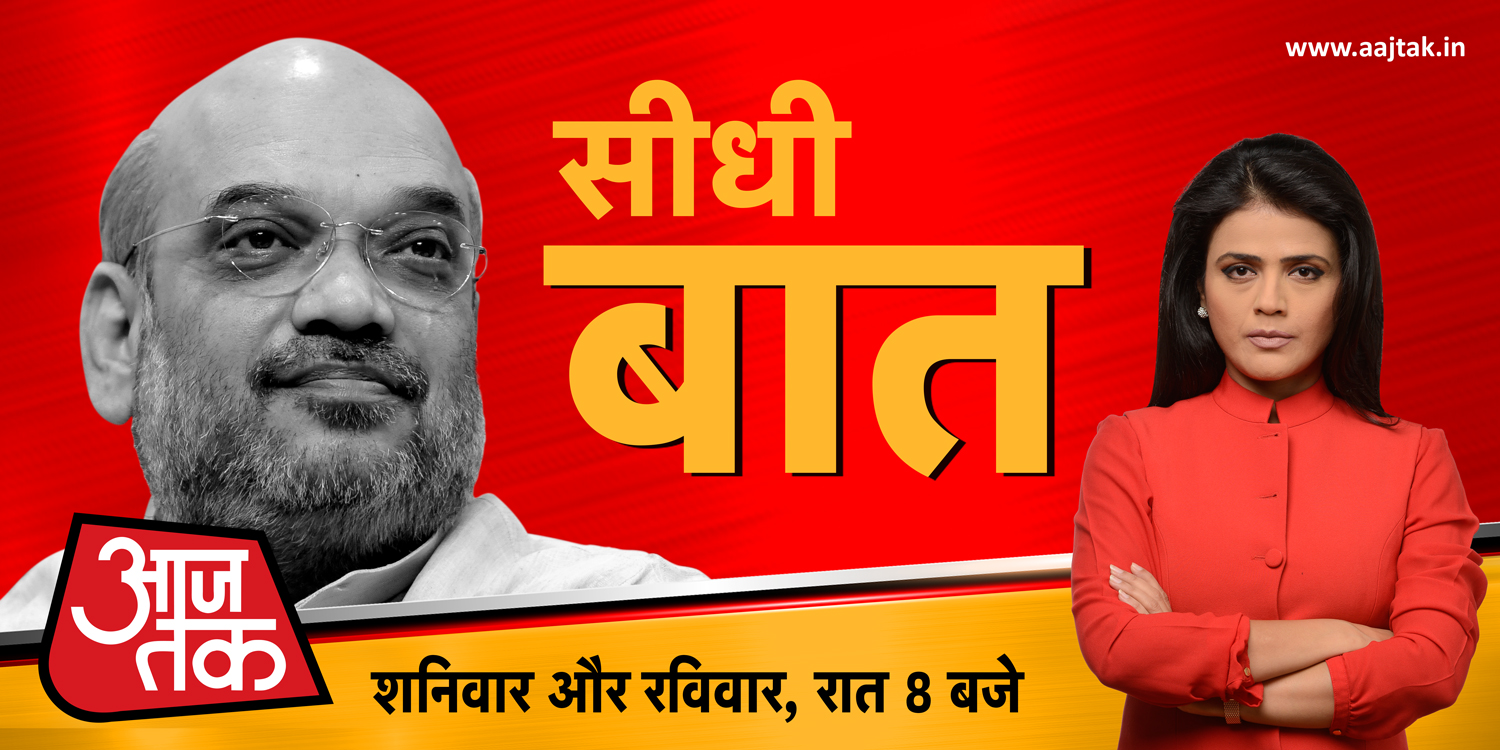 New Delhi 24th March, 2018 – India’s No.1 News channel re-launches the iconic talk show ‘Seedhi Baat’ with a new host and a series of firebrand tough talk interviews.
Sweta Singh, Executive Editor, Aaj Tak is all set to host the latest edition of the Hindi talk show. BJP President Amit Shah will be the first guest to address straight sharp questions on the show premiering 24th March at 8 p.m.
The one-on-one hard hitting interview format show will feature newsmakers from different walks of life like politics, bollywood, sports etc. It is quintessential of fearless journalism and embodies a tough-as-nails approach to interviews. Seedhi Baat focuses on getting straight answers through an assertive direct style of questioning.
The guests in Seedhi Baat will be the who’s who from across a wide spectrum. BJP president Amit Shah and UP chief minister Yogi Adityanath — to name a few from politics. The channel will also approach superstars from bollywood, sports icons and the top leaders in the government.
Seedhi Baat will be a weekly show aired on Saturday and Sunday. The first episode will be telecast on 24th March, 8pm and repeat telecast on Sunday at 8pm.
The show has an unparalleled legacy. Personalities like Narendra Modi, Salman Khan, Amitabh Bachchan and the likes have graced the show, faced a volley of tough questions, and ultimately revealed the one clear truth behind all that matters.